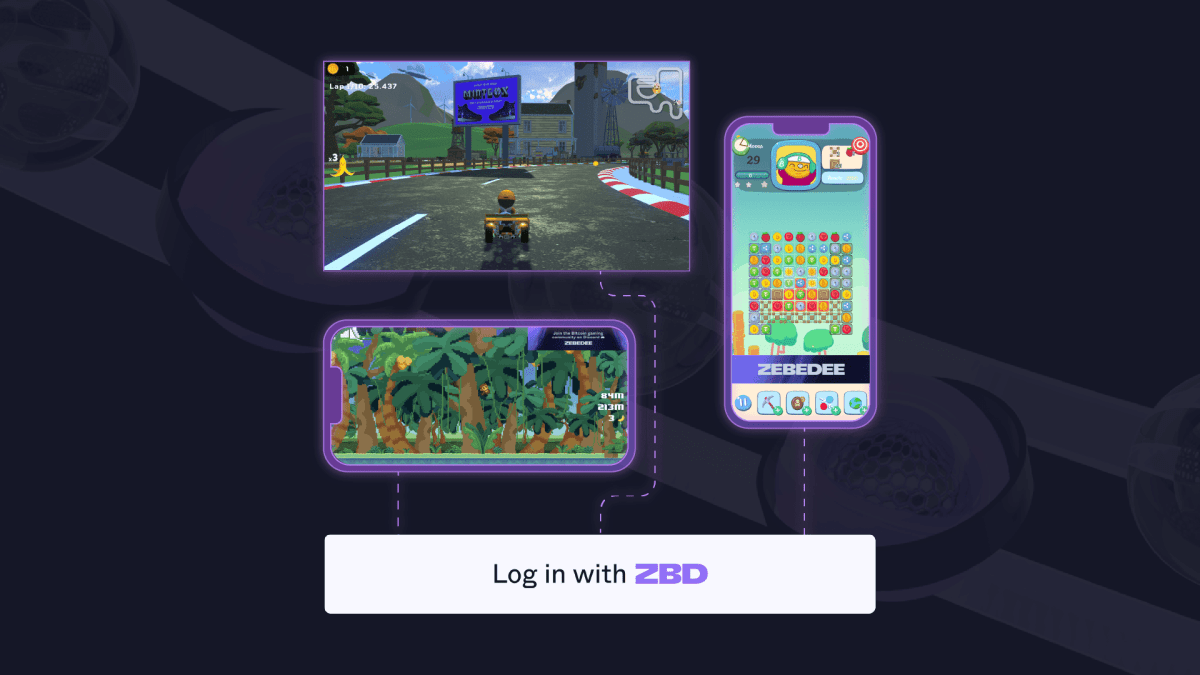 ZEBEDEE, a fintech company focused on bitcoin gaming, now allows any app or game to transfer money to and from its users through Bitcoin’s Lightning Network, according to a press release sent to Bitcoin Magazine.

Fresh off a $35 million fundraiser featuring the legendary gaming developer Square Enix, ZEBEDEE has already made headlines for broadening its bitcoin gaming rewards to classic games like Sudoku and Solitaire. Therefore, a pivot away from typical bitcoin gaming rewards seems a bit out of character for the company at a glance. However, ZEBEDEE’s leveraging of the Bitcoin Lightning Network to enable any and all businesses to allow the transference of value instantly is far from a deviation of its business model.

“The most powerful innovations often seem simple on the surface and feel familiar to users, and that’s where the beauty of Log in with ZBD lies,” said Andre Neves, co-founder and CTO of ZEBEDEE. “Because we’re using a widely adopted standard, developers will find it extremely easy to integrate and users will already be familiar with the flows involved.”

The new feature is called “Log In With ZBD” and features the widely used OAuth 2.0 standard enabling different applications to authorize each other through a communication protocol, which allows apps to seamlessly speak to each other and transfer information or funds. A user would just sign in with their ZBD account and agree to the necessary permissions and then any app leveraging the integration will be able to communicate without the need of clunky authorization screens or QR codes.

Read More:   Becoming Antifragile With Bitcoin And Beyond Today

Additionally, the integration also allows the app to pay its users, creating the circular economy ZEBEDEE is known for. According to the release, ZEBEDEE is the first Lightning infrastructure provider to enable this integration.

This ability to transact seamlessly across platforms was discussed at Bitcoin 2022 when Jack Mallers discussed leveraging the Lightning Network for more than just bitcoin, allowing businesses worldwide to transact instantly, with low fees, and the removal of needless intermediaries.

“It’s a way to connect previously siloed systems into one network where value flows freely and instantly,” said Neves.