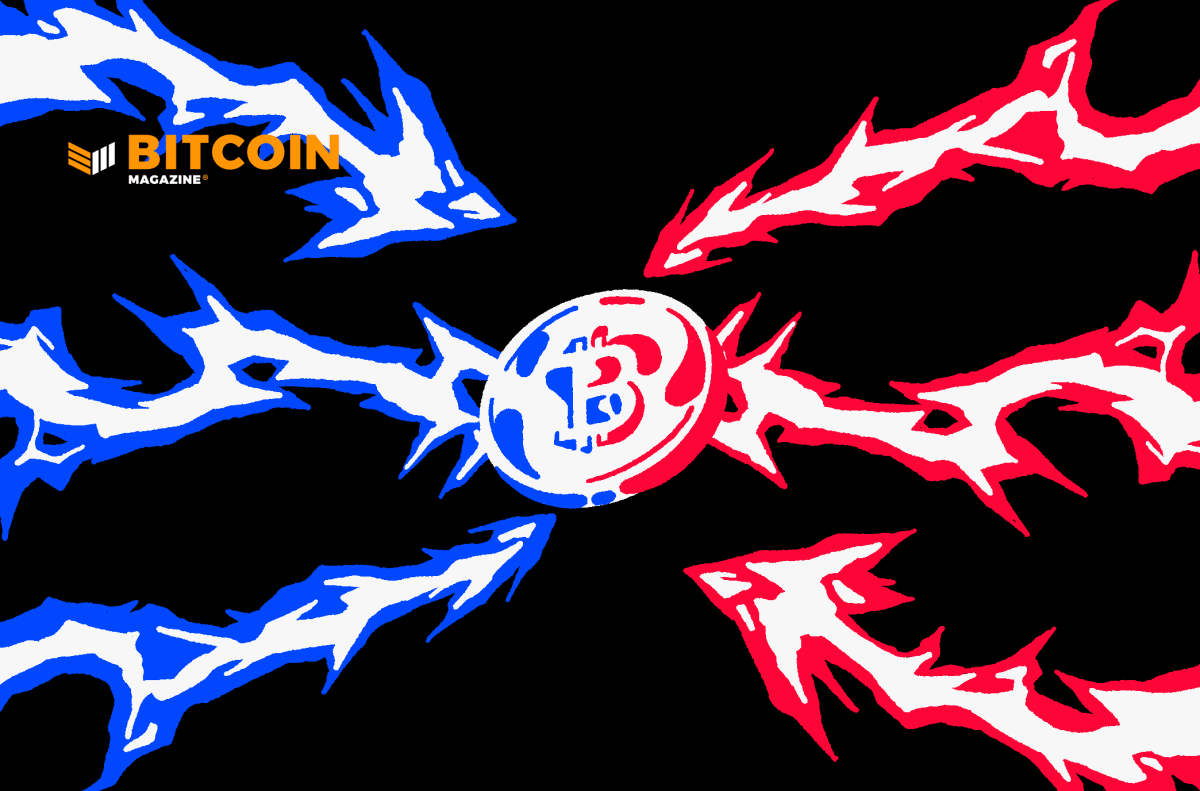 This is an opinion editorial by Paolo Ardoino the chief technology officer at Bitfinex.

Ignore the avalanche (ba dum tsss) of fear, uncertainty and doubt (FUD) tumbling down from large sections of the popular press: Bitcoin is here to stay.

A recent joint report conducted by Boston Consulting Group, Bitget and Foresight Ventures forecasts that the number of crypto users will hit one billion by 2030. The report pointed out that the industry is early in its adoption phase with “plenty of growth to come.”

Despite clear signs of substantial market growth for years to come, skeptics still question the effectiveness and sustainability of cryptocurrencies such as bitcoin as a widely-accepted means of payment. Specifically, the question of scalability has repeatedly come up as a major obstacle to its widespread adoption.

Bitcoin’s focus on security and decentralization limits the ability to handle high throughputs of transactions within the network in short periods of time. This fact is often highlighted by its critics, suggesting that without the ability to quickly process giant blocks of transaction data, receiving payments for something as small as a cup of coffee will result in fees that exceed the price of the beverage itself.

If Bitcoin is going to live up to its full potential and become a means of payment in an alternative financial system, users must be able to execute transactions quickly and at a low cost. This is where the Lightning Network comes into play and why mass adoption of the network is critical to the success of Bitcoin becoming a true option for everyday payments.

The Lightning Network, a second-layer protocol designed to facilitate micropayment channels at scale brings Bitcoin back to its original purpose as a peer-to-peer payment network by taking transactions off-chain and enabling them to be completed in mere seconds and at a fraction of the cost.

According to data from BitcoinVisuals, the capacity of the Lightning Network has 4,700.623 bitcoin in liquidity flowing through the protocol at the time of this writing. With the capacity of the Lightning Network steadily increasing over the past year, even in the face of a bear market, this growth in utilization proves that the technology powering these systems is still in its infancy.

Bitcoin has already seen rapid growth and adoption, even being adopted as legal tender in emerging economies such as El Salvador’s and the Central African Republic’s. The Lightning Network enables brick-and-mortar shops in these countries to accept bitcoin as payment for Big Macs or frappuccinos, via mobile devices.

And the widespread embrace of small cryptocurrency transactions for daily goods and services hasn’t stopped there. Payments apps such as El Salvador’s Chivo Wallet offer low-cost, high-speed transactions, and Cash App integrated the Lightning Network in February, making zero-fee bitcoin payments available for its customers. With this widespread adoption, popularity has soared as payment volume on the Lightning Network grew 410% over the past year. Additionally, according to a report from Arcane Research, payments on the Lightning Network were available to over 80 million people in March of this year, compared to only 100,000 people back in August 2021.

As more cryptocurrency exchanges integrate the Lightning Network into their platforms, the number of people that have access to low-cost, high-speed payments will only continue to grow, making the payments industry ripe for disruption. Even crypto-skeptical superpowers are taking note, as two U.S. senators introduced legislation this summer to make small crypto transactions tax free.

But the benefits of Lightning Network go beyond making payments low cost and high speed for the daily user on the go. Some companies are even exploring how they can take this tool of financial freedom and apply it to protecting freedom of speech.

Protecting Freedom Of Speech With Bitcoin

True decentralization and financial freedom cannot happen without freedom of speech, communication and privacy. While the value of payments on the Lighting Network can be seen in its ability to extend access to low-cost, high-speed cryptocurrency transactions to more people, there is another important utility. Arcane Research’s report found that about 50% of the activity came from peer-to-peer transactions, meaning half of the Lighting Network’s activity came from quickly connecting individuals to each other.

As companies are utilizing Lighting Network technology, some are exploring its use for highly secure and private video conferencing or direct messaging. Much has been written about how big tech can harvest the data of its users and sell it to the highest bidder, making this space also ripe for disruption. By offering viable, alternative messaging apps such as Strike, Sphinx or Bitrefill that are easy to use, fast, free and private, true decentralization can be achieved.

With wider utilization of the Lighting Network, questions surrounding bitcoin’s price viability and its scalability could be answered promptly. Additionally, as cryptocurrency builders are innovating and coming up with ways to further utilize this technology, the Lighting Network could very well be the solution to protecting not just financial freedom, but freedom of speech as well. With cryptocurrency on track to reach one billion users by 2030, the proliferation of the Lighting Network bears watching as more countries and companies make use of its ability to quickly process data at a low cost to the consumer.

This is a guest post by Paolo Ardoino. Opinions expressed are entirely their own and do not necessarily reflect those of BTC Inc or Bitcoin Magazine.