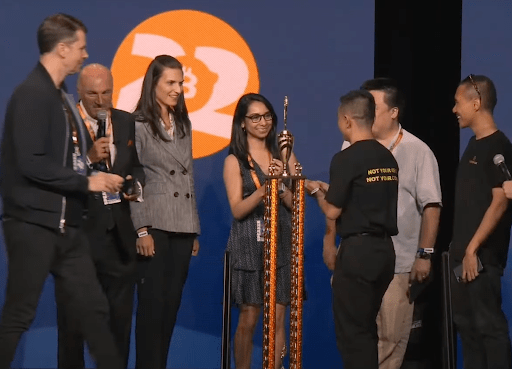 The Bitcoin Conference 2022’s Pitch Day was a platform for the next generation of Bitcoin startups to put ideas and products to the test in a competitive format. Taking place during Enterprise Day, the Pitch Day competition featured companies across three categories: Mass Adoption, Lightning and Infrastructure, pitching to three panels of judges made up of top investors in the Bitcoin ecosystem — including some of the most active VCs, angel investors and executives of technology companies working with Bitcoin internally.

Building on the inaugural version of Pitch Day at Bitcoin 2021, finalists were chosen from a pool of over 500 applicants from all over the world. Twenty-one startups representing every major continent were chosen and divided evenly across the three divisions, with each company having 15 minutes to present their pitch and take questions from their section’s panel of judges.

The first segment “Mass Adoption” featured the companies Coinchange, Finnt, GoSats, Arkadiko, FriendsVow, Stacker News and The Bitcoin Company. While the missions of each company varied, they were all united under the umbrella of advancing hyperbitcoinization.

The Bitcoin Company, represented by CEO Ben Price, won the section with GoSats, represented by CEO Roshan Aslam, finishing as the runner-up. XBTO’s Carson said of the top-two finishers, “Both of them had great pitches, great markets, great vision; it’s all about adoption.” Of their experience, Aslam who says he “flew all the way from India for Bitcoin 2022 Pitch Day,” also highlighted the benefit of the spotlight saying GoSats “got great investor connections and strategic partnerships with other companies” in participating.

Judge Rohit Dave, Head of Corporate Development at CashApp, said “The Lightning pitch session was electric. The companies are building innovative products to solve real world problems. It was both a treat and challenge to judge because the participants set and met such a high bar.”

Nuncuck, represented by co-founder Darren Pham, won the section with Distributed Charge, represented by founder Andy Schroder, was runner-up. According to judge Roszak, Nunchuck, which offers multi-signature coordination software, was the “unanimous winner” showcasing “a ton of utility,” and Distributed Charge “has the bones of something special.”

Though they didn’t finish in the top two of the section, Guardrail Mining’s Paul Morris said of the competition, “It was a privilege to participate in Pitch Day at Bitcoin 2022. The opportunity offers exposure to high-profile investors and was the catalyst for discussions with many other venture capitalists. If you are a founder ready to raise capital, I encourage you to apply as it was an amazing experience for our whole team.”

BTC Inc’s John Riggins, host of Pitch Day, noted of the event that it “clearly showcased the highest density collection of new talent, vision and ambition within the ecosystem” and that it was “special to see that matched with capital allocators who have a passion to accelerate their growth.”

If you are interested in being considered for a slot on stage, we encourage you to apply here for Pitch Day at Bitcoin 2023! Parameters for participants are open and flexible, so feel free to apply — whether you are an individual with an idea, a company raising a Series B round or somewhere in between.