Should There Be A Bitcoin Political Party? Today 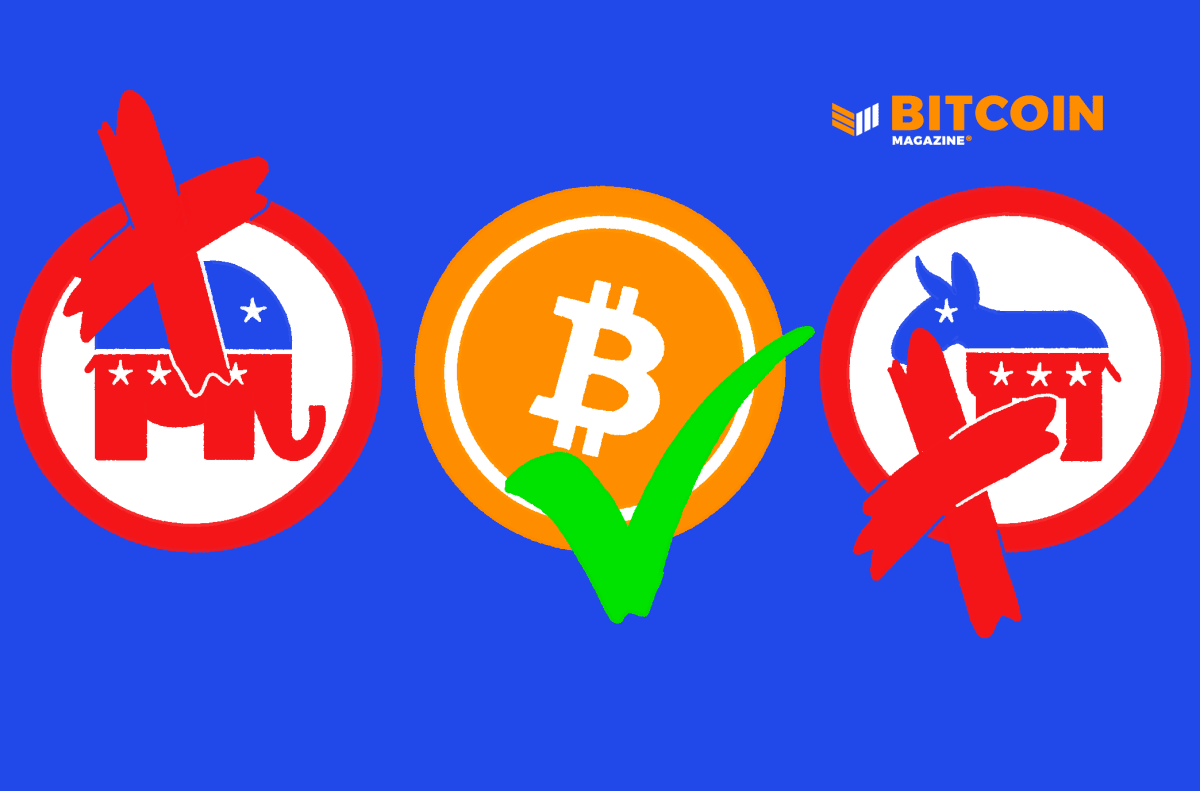 This is an opinion editorial by Robert Hall, a content creator and small business owner.

As political polarization continues to widen, finding your ideological home in a political party has become difficult. In today’s political environment, you must be all in with the party. This adherence to dogmatic orthodoxy applies to both the Republican and Democrat party. If you stray from the party line on any issue, you are instantly crucified as a turncoat, traitor or outcast.

There is no room for reasoned political debates like the days of yore before our country even became a country. Back then, people could engage in a deep and engaging conversation about the issues without being called a heretic for even considering the other side of an argument.

Today, all we get are sound bites, a 30-second attack ad and dunks on Twitter. How can the average person make an informed decision when they can’t even get accurate information about anything?

This kind of polarization only leads to gridlock without anything getting done to improve the country. We have real problems that we need to deal with and we don’t have the political leadership or the political courage to change the status quo. We have an unsecured southern border, a homelessness problem that has spiraled out of control and inflation is running rampant, making it hard for every single American in this country to live.

Are our elected leaders focused on these problems? No, they are too busy with their political theater. Watching politicians today is like watching a soap opera. It’s sad, pathetic and frankly disappointing to watch. We don’t have problem-solvers in Congress, we have people who think way too highly of themselves and haven’t produced anything of value in their life.

What Encourages This Type Of Behavior?

The root of this problem is the credit-based monetary system. Easy money allows people in government to spend beyond their means and create programs that can be paid for with “money” made out of thin air. Credit-based money encourages polarization because it allows politicians to build a base of voters that will vote for them no matter what. They can say dumb and reckless things and get away with it because they know they will be reelected. Incumbents have a reelection rate of over 90%.

Politicians are rewarded for “fighting” the other side, not for compromising to achieve anything; that would be seen as caving to the other side.

In the end, we all get screwed for their avarice and short-sightedness. We need new blood in the system. We need visionaries who can see past today and look into the future to see what we can become. If there is a group of people I believe can do this, it would be Bitcoiners.

We need visionaries who can put forward a better vision for the country. We need more profound thinkers who think beyond the next election and will plan for decades into the future. We need people who know how much the credit-based monetary system has corrupted our institutions and will have an answer to this corruption.

We need leaders who understand that money based on credit will never last. Credit-based monetary systems always fail because men are too tempted by the allure of power to resist its charm for long.

Educating individual lawmakers is a noble and laudable goal that should be commended, but is it yielding the long-term results we need to protect Bitcoin? In light of what happened with Tornado Cash being added to the OFAC SDN (Office of Foreign Assets Control, Specially Designated Nationals And Blocked Persons) list, we have a long way to go. How long until these types of sanctions come down on CoinJoins and Whirlpool? Will they make mixing coins illegal, punishable by fines and jail time? If things keep going the way they are, it is certainly possible.

We all love and believe in Bitcoin because of its massive potential to save the world. If we don’t rise up to defend it before mass adoption takes root, Bitcoin could be relegated to simply being an investment asset and a store of value. If we want Bitcoin to reach its full potential, we need to organize.

Creating a political party is something I believe Bitcoiners could pull off with relative ease. Bitcoiners are some of the most passionate people I’ve met. They genuinely care about the world and want to see it change for the better.

Just like Bitcoin started from the ground up, a new Bitcoin party is a people’s movement that will truly embody the values of America. I encourage everyone to go to your Secretary of State’s website and see what it takes to start a political party in your state.

Now is our time.

This is a guest post by Robert Hall. Opinions expressed are entirely their own and do not necessarily reflect those of BTC Inc. or Bitcoin Magazine.