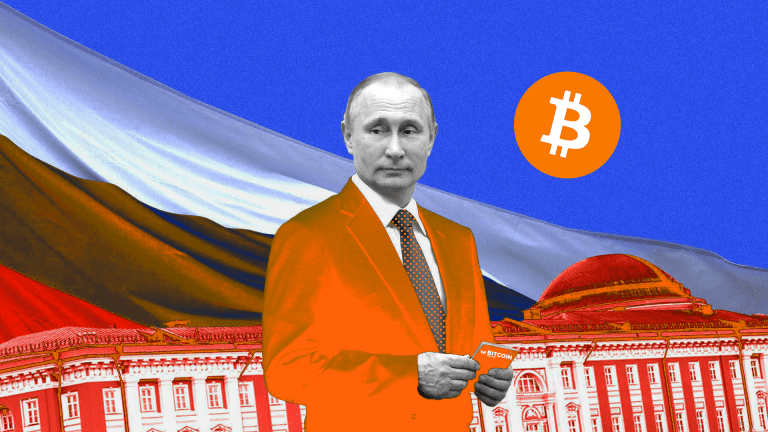 The Russian government is coming out in favor of establishing a comprehensive legislation for Bitcoin and cryptocurrency as members discuss the potential negative side effects of banning the industry altogether as suggested by the central bank.

Putin reportedly backs the government’s efforts to regulate the asset class despite the Bank of Russia’s last week comments on the alleged risks of enabling Bitcoin to proliferate in the country. The President said in a Wednesday meeting with government officials that Russia had “some competitive advantages” to mining bitcoin, namely power surplus and a well-trained workforce, after stating the central bank would not stand in the way of technological innovation.

More specific directives for regulating cryptocurrency in Russia came on the heels of Putin’s comments as deputy prime minister Dmitry Chernyshenko on Friday signed a roadmap valid until the end of the year, RBC reported. The document provisions the regulation of Bitcoin, identification of clients, establishment of liabilities for violations and the possibility of having cryptocurrency lending platforms and related assets in the country.

Andrey Lugovoy, first deputy head of the Committee on Security and Anti-Corruption of the State Duma, the federal assembly of the Russian Federation, said on Friday that the legislature will support the government’s roadmap for regulating cryptocurrencies, given that he considers an outright ban on this market “unconstructive” as it risks the establishment of a “black market” in the economy, local state-owned news agency RIA Novosti reported.

“When we talk about digital financial assets, about cryptocurrency, about the crypto market, we must understand that we are not just trying to amend certain bills, we are trying to regulate a new entity that the whole world is facing, and we must determine our position,” Lugovoi said, according to a translated version of the report.

According to RBC, the roadmap is the product of a coordinated effort between representatives of different departments and agencies, including the Ministries of Finance and Economic Development, the Prosecutor General’s Office, the Federal Security Service and Tax Service, the Ministries of Internal Affairs and Digital Development, and the Bank of Russia. The proposals included in the document have reportedly received support from all involved agencies, except for the central bank.

The Bank of Russia’s head of financial stability, Elizaveta Danilova, said on Friday that the central bank considers comparing Bitcoin to money to be “incorrect and very dangerous” as the digital currency is an instrument “accompanied by risks” even if there is regulation.

“These risks will be excessive and we expect that more and more countries will come to the conclusion that cryptocurrencies should be banned,” Danilova said, according to a TASS report. “Some [people] mistakenly consider them money, although they are not.”

Danilova added that she believes it to be impossible to equate bitcoin and cryptocurrencies to stocks and bonds as the new assets have “no fundamental value” and “look like a financial pyramid.”

Despite the Bank of Russia’s views standing in stark contrast to the government’s stance when it comes to cryptocurrency trading and mining, Danilova said they might come to a consensus as requested by Putin, noting that the central bank does not have the right to legislative initiatives.

“In any case, we must coordinate the proposed measures with the government, with our parliament – the State Duma, the Federation Council – we will actively communicate with all these parties now,” she added.

The Bank of Russia had called for a complete ban on the trading, ownership and mining of bitcoin and cryptocurrencies last week but the Ministry of Finance quickly responded by warranting caution as such a path could lead to Russia lagging behind on innovating in the fast-paced technology sector.

Bitcoin miners flocked to Russia last year after the Chinese ban on the industry ensued an exodus of ASIC machines. The Eastern European country’s cold climate and energy abundant regions make a powerful set of conditions for mining to proliferate.