Lessons Learned About Bitcoin From A Canadian Trucker Today 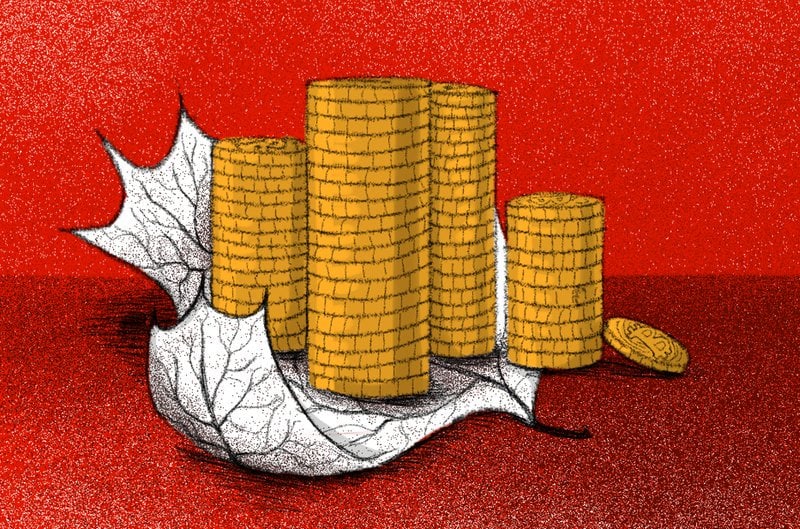 Benjamin Dichter joins CK and Ansel Lindner on this episode of the “Fed Watch” podcast to discuss the Canadian protests and the Federal Reserve’s current playbook. Dichter is a trucker and Bitcoiner who has been intimately involved in the Canadian peaceful protest earlier this year. “Fed Watch” got an update on the donation status, the individuals’ legal status, and what bitcoin can do better to face similar attacks in the future. The hosts then roll into a “Fed Watch” update, talking about the Fed rate hike and increasingly aggressive and hawkish tone from Jerome Powell. Lastly, they covered the Russian sanctions, while pointing out the growing clash between Wall Street and the Davos crowd.

“Fed Watch” is a podcast for people interested in central bank current events and how Bitcoin will integrate or replace aspects of the traditional financial system. To understand how bitcoin will become global money, people must first understand what’s happening now.

After getting an update on the situation in Canada, the first question Lindner asks Dichter is how all of these financial attacks have affected Canadians’ trust in the financial system in general. His answer is very practical. He points out that the Bank of Canada has printed more money as a percentage of GDP than the Fed, but from his point of view, the vast majority of the public is simply ignorant of the monetary system; what is needed is more education. As people get more educated, that’s all the more bullish for bitcoin.

Read More:   If You Are Going To KYC, Then You Should CYA Today

Dichter then lays out the mechanics behind the financial attacks against the Canadian truckers and those who donated to their protest. The attacks happened on three levels: the municipal, provincial and federal levels. On the provincial level, the attorney general went after the banks to freeze all proceeds from the fundraisers as illegal in some way. They then went after people’s whole finances by freezing banking services. Dichter says that it wasn’t enough to freeze the specific donations but they de-banked people in an attempt to starve them out of society.

Lindner follows this with a question about what the Bitcoin space can do or build, with its open source ethos and entrepreneurial spirit, that would mitigate these types of attacks in the future. Dichter’s answer is twofold: one way is through shifting the narrative about Bitcoin and the other is integration of Bitcoin into society.

For the narrative, Dichter thinks it’s important to market Bitcoin’s uses instead of its technical capabilities. He says, “People don’t know how their car works, but they still drive it.” Marketing bitcoin as a hedge against overzealous authorities and as a way to protect rights is more important than explaining why and how it’s better money. On the integration side, Dichter leans toward the Bitcoin Beach-model in El Salvador: getting fuller integration by packaging it with business opportunities.

Fed Hikes Rates, What Next?

Since this is a central bank-oriented show, “Fed Watch” makes a hard pivot into news about the Fed. First and foremost on that agenda is the Fed’s rate hike. Last week, the Fed raised its target Fed Funds Rate from the 0%-0.25% range to the 0.25%-0.50% range in the first hike since 2018. Along with the hike came more aggressively hawkish language about further hikes — even a 50 basis point (bps) hike soon — and beginning quantitative tightening as early as May.

Lindner points out that the Fed is using rhetoric to lower inflation expectations. That is the route by which the Fed themselves claim their policies work: the public’s expectations. If people expect high inflation, they will act as if there is high inflation and inflation will manifest much more quickly. A self-fulfilling prophecy.

What the Fed is doing now is the opposite: they want people to expect an irresponsibly hawkish Fed to crater inflation expectations, so that people act as if inflation is coming down, to temper inflation through public expectation. It remains to be seen if the Fed will actually be able to follow through on this roadmap.

The Fed is explicitly following the market. They proudly say they are “data dependent,” meaning the market moves and creates data, which the Fed then follows. Therefore, the Fed will raise rates as long as the market cooperates and prices in a higher Fed Funds Rate. However, if the yield curve instead flattens, and the long end starts coming down, the Fed will be forced to stop. Lindner thinks that will happen sometime in the middle of the year, after a couple more rate hikes.

For interested viewers and listeners, Lindner will go deeper into the yield curve on a mid-week episode.

The Clash Between Wall Street And Progressive Globalists

The next topic might be controversial to some readers. Lindner lays out the sanctions put on Russian banks and how they surprised the Fed. Powell came out shortly after the SWIFT sanctions and said he was not consulted about the ban. He likely would have disapproved of it because his goal is financial stability. Banks are interdependent; these sanctions will spread contagion through the whole financial system, especially the banks exposed to Russian debt in Europe or Asia. These sanctions risk causing a global financial crisis.

Lindner expands on the thread that Wall Street and the Biden regime (as well as other Davos heavyweights) are at odds here. The capitalist Wall Street and the authoritarian globalists’ incongruent position is the two 1,000-lb gorillas in the room. The Fed, banks and Wall Street are generally neutral to bitcoin and will add it to reserves if need be. However, the globalist Davos elites despise bitcoin and will fight it by going with a Central Bank Digital Currency. If the previous statements are true, the Fed becomes an ally to bitcoiners in the story of adoption. The reader will have to listen to get the fuller theory.

Lindner ends the show with CK and Dichter’s reactions to Lindner’s unique theory and closing remarks. Dichter has a great view which we share here at “Fed Watch,” about the rise of localism and regionalism in the future. People should strive to form strong self-sufficient social circles to minimize the attack vectors open to the state.

This is a guest post by Ansel Lindner. Opinions expressed are entirely their own and do not necessarily reflect those of BTC Inc. or Bitcoin Magazine.

Do I Need A Tax Advisor If I Never Sell My Bitcoin? Today

Can On-Chain Indicators Call Tops And Bottoms For The Bitcoin Price? Today