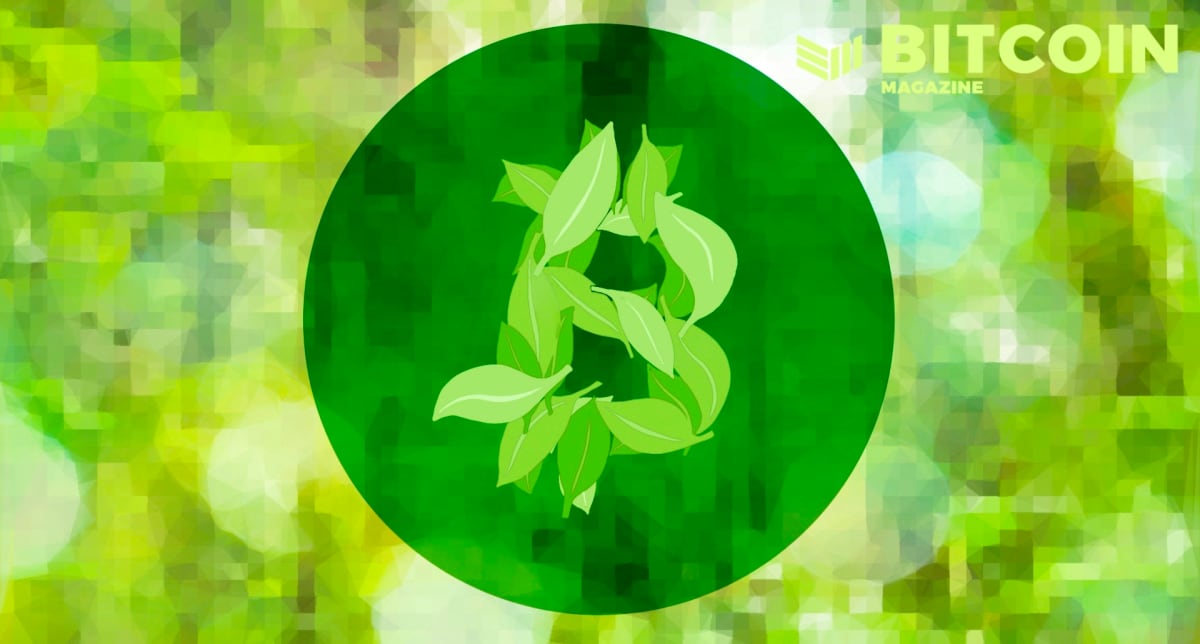 This is an opinion editorial by Marie Poteriaieva, a Ukrainian-French crypto industry observer and educator, following the space since 2016.

Bitcoin is routinely treated as an environmental pariah: its energy consumption is quite simple to track and quick-label as “anti-ecological.” This statement is wrong on many levels, but public opinion is rarely nuanced, and politicians often have little to lose by attacking Bitcoin on ecological grounds — at a (comparatively) small expense of alienating crypto enthusiasts they can position themselves as planet-saviors to a larger audience.

This approach won’t last long though. More and more voices are rising to contest this immature presentation of Bitcoin, its mining, and its importance for the world. These arguments go in three main directions:

– Energy consumption of Bitcoin versus the traditional monetary system it is intended to replace.

– Green mining and its potential to boost green energy development around the world.

– Multi-purpose use of miners, recycling their waste heat or capturing flare gas.

The notion of “a lot” only makes sense in comparison. In the case of Bitcoin energy consumption, the most relevant comparison is with the fiat money system (and not with some small European country, as some clickbait articles may quote).

While Bitcoin is pretty much self-sufficient, in the fiat world its job is done by a plethora of different organizations in charge of issuance, distribution, management, bookkeeping and payment services.

A 2021 study by Galaxy Digital, an asset management firm specializing in cryptocurrencies, looked deeply at only four metrics of the fiat world — branches, servers, ATMs and card networks’ data centers — and estimated that the banking system consumes over 263 TWh yearly.

Bitcoin network hash rate — the collective computational effort miners are deploying to mine a block — is public information, which makes it possible to calculate Bitcoin electricity consumption by estimating how much energy is needed to produce it.

The most popular resource on Bitcoin energy consumption is the Cambridge Bitcoin Electricity Consumption Index (CBECI), which estimates electricity use by “simplistic weighting of profitable hardware,” a method relying heavily on electricity cost estimate and is thus not particularly accurate. CBECI currently estimates Bitcoin yearly energy use at 120 TWh.

The above-mentioned study by Valuechain proposes a different methodology: counting miner nodes and their efficiency, i.e., watts consumed per hash and the release date of each miner (assuming that non-ASIC mining is marginal and should not be taken into account anymore). This method gives another figure of 88.95 TWh.

Bitcoin is thus estimated to consume 2-56 times less energy than the fiat system it is an alternative to.

Bitcoin As A Way To Greener Energy

A number of studies, such as those conducted by the Bitcoin Mining Council, have pointed out that the exceptionally high percentage of renewables in the Bitcoin energy mix — 58% — is considerably more than any other major industry.

This is not surprising, for Bitcoin miners are mobile, and they naturally go where the energy is cheapest — which in many cases means going to green energy sources that cannot efficiently stock and transport their extra energy.

Bitcoin mining is also flexible, meaning that a miner could be turned on and off instantaneously following energy fluctuations, which in case of green energy can be considerable.

These two qualities allow Bitcoin mining farms to be installed in some of the world’s most remote places, like a dam on the Amazon or a solar farm in West Texas, making them more profitable and incentivizing more green energy developments.

Good examples of such incentive alignment would include two hydroelectric plants built on the edges of Virunga National Park in the Democratic Republic of Congo. The initial investments were enough to build the plants, but not enough to get electricity to people, who continued using charcoal and cutting trees in Virunga, precipitating its deforestation … until a Bitcoin mining company from Paris came. Now based in Switzerland, BBGS has installed mining rigs on the dams, making them profitable and allowing them to finance the rest of operations, including the necessary infrastructure.

Miners are subject to constant innovation, not only in the size of their chips (smaller chips equal less energy required to transmit data), but also in technologies allowing them to capture and repurpose the waste heat they generate, making mining de facto carbon-neutral.

Canadian MintGreen uses miners to warm water for a whiskey distillery, and a project to heat buildings in Vancouver is underway. Norwegian Kryptovault recycles the waste heat to dry timber, and soon — seaweed. Sweden’s Genesis Mining uses its miners to heat up greenhouses. Similar initiatives are popping up all over the world, and projects like The Block’s “custom silicon” rigs will only increase the number of ways a Bitcoin miner can be used.

What’s more, Bitcoin mining can be carbon-negative, i.e., effectively reducing the quantity of greenhouse gasses emitted into the atmosphere. It can do so by capturing flared gas — a by-product of oil production, which is often too expensive to transport, so it is simply flared into the atmosphere, emitting harmful air pollutants like black carbon, methane and volatile organic compounds. Oil producers all over the world are being increasingly told to curb the gas flaring, and Bitcoin mining is a clever way to do it.

Some smaller oil producers in Texas and Montana have already partnered with mining companies to capture the flared gas, but it was the arrival of ExxonMobil and its pilot Bitcoin mining program in North Dakota that has definitely put this practice on the map.

Humanity needs energy to live and to develop, and instead of trying to curb its use, bringing us back to candlelight, we should aim to develop energy efficiency and sustainability.

Bitcoin uses 2-56 times less energy than the fiat system, and the Lightning Network can allow it to scale as needed without spending much more.

Bitcoin mining is already the greenest industry, and it can incentivize many more green energy developments around the world.

Bitcoin miners can also be used for a number of non-mining endeavors, including actually preventing more greenhouse gas emissions into the atmosphere.

This is a guest post by Marie Poteriaieva. Opinions expressed are entirely their own and do not necessarily reflect those of BTC Inc. or Bitcoin Magazine.