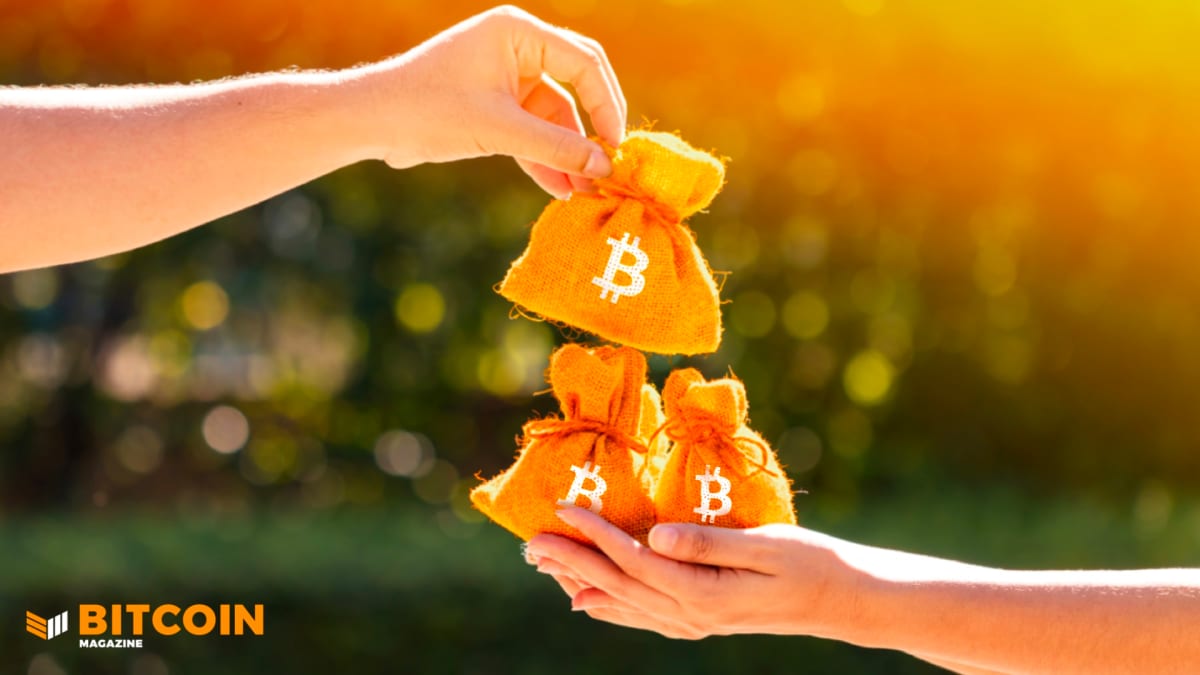 The Human Rights Foundation has announced its latest round of Bitcoin grants, totaling 4.25 BTC gifted to developers, educators, and activists dedicated to improving the Bitcoin ecosystem around the world.

The 425 million satoshis will be given to 10 different recipients, each working on a different aspect of Bitcoin, including Lightning, Bitcoin Core, education, translation, and wallet development. A special focus also is being given to people leveraging Bitcoin in authoritarian countries to help spread information on how the technology works and can empower those in need of financial freedom.

A full bitcoin will be awarded to Jarol Rodriguez, a Bitcoin Core developer working on a new graphical user interface (GUI) for Bitcoin’s main software client. His goal is to bring a better user experience in interacting with Bitcoin Core, hopefully making it easier for novices and non-technical users to use Bitcoin’s original software. The funding also will enable Rodriguez to continue working on Bitcoin Core full-time.

HRF’s grant to Nabourema will help her create “Togo’s Bitcoin Academy,” a program that will bring Bitcoin education to Togolese citizens to help them regain control of their finances while their country is held hostage by “a colonial system of theft, corruption, and financial oppression,” according to the human rights advocate.

Mahboob’s funding will be geared towards the relaunch of “The Women’s Annex,” a platform she created in 2013 that allowed female content creators to get paid in bitcoin.

“The newly-rebooted project will help arm Afghan women journalists, writers, designers, and filmmakers with knowledge about Bitcoin,” HRF said in a statement. “The project will work to leverage Bitcoin to reduce gender bias in finance and help women in Afghanistan earn income in a hard currency.”

Sparrow Wallet, an open-source desktop Bitcoin wallet focused on privacy and security, will get funding to further develop its Lightning integration and add extra privacy tools. The wallet has recently added a suite of features related to the preservation of users’ sensitive information, including CoinJoin, Tor, PayJoin, and PayNyms. Sparrow also boasts security-focused features like hardware wallet integration and multi-sig support.

Anita Posch will employ her 50 million sats grant to create the “Bitcoin for Fairness Foundation,” an initiative that aims to bring Bitcoin education to millions of people worldwide and bridge developing countries with the global economy through a monthly newsletter, a bi-weekly podcast, translations of the Learn Bitcoin book, and speaking and moderating at Bitcoin conferences around the world.

“Posch plans to travel to the Southern African Development Community (SADC) region, Nigeria, and Latin America to report from the ground, connect and boost the profile of local stakeholders, and identify and work with educators on the ground to expand Bitcoin adoption locally and awareness globally,” HRF said in a statement.

Five other grantees will each receive 25 million satoshis, including Boltz Exchange, Summer of Bitcoin, Exonumia, Blockchain Commons, and Meron Estefanos.

Boltz is a Lightning Service Provider and a privacy-focused, non-custodial bitcoin exchange built on Lightning that allows users to trade without creating an account. HRF said in a statement the funding will enable the project to “support refactoring the swap protocol for Taproot to use less space on-chain and make swaps indistinguishable from normal spends, making Boltz node implementation agnostic… and adding support for Liquid.” Boltz also will enable Liquid to Lightning swaps and improve the user experience.

Summer of Bitcoin, a global summer internship program focused on introducing students to Bitcoin open-source development, will allocate its funding towards improving its program to better prepare the next generation of Bitcoin talent. Summer of Bitcoin also has an alternate design track, in which interns work on the user interface (UI) and experience (UX) side of Bitcoin.

Exonumia, a non-profit focused on translating Bitcoin content into multiple African languages, will invest HRF’s grant into adding support for more languages, improving its website, and setting up a Mattermost instance to foster community conversations about Bitcoin in different languages.

Blockchain Commons, another non-profit focused on Bitcoin and related technologies, will get funding to expand its famous Learning Bitcoin from the Command Line course to include extra information on Lightning and add more translators to the project. Blockchain Commons will also focus on expanding its Gordian Server system to automatically deploy Lightning and increase the ease of use of Bitcoin donation tools like CypherpunkPay.

Translator and educator Meron Estefanos will use her grant for Bitcoin education in Eritrea and the Horn of Africa, including creating an audiobook version of her Tigrinya translation of The Little Bitcoin Book and a workshop to educate Eritreans on how to use Bitcoin.

HRF’s Bitcoin Development Fund was launched in May 2020 to support open-source software. The initiative focuses on empowering people and projects working towards improving the privacy, usability, and resilience of the Bitcoin network. CMS Holdings, Gemini Opportunity Fund, and Jameson Lopp helped support this round of gifts.

HRF said in a statement it has allocated over $1.1 million in BTC and U.S. dollars to more than 30 Bitcoin developers and educators around the globe. The next round of gifts will be announced in Q2 2022.

HRF is a registered 501(c)(3) non-profit organization, and donations are tax-deductible to the fullest extent allowable by law. Gifts can be made at HRF.org/DevFund, while proposals for support can be submitted to [email protected].