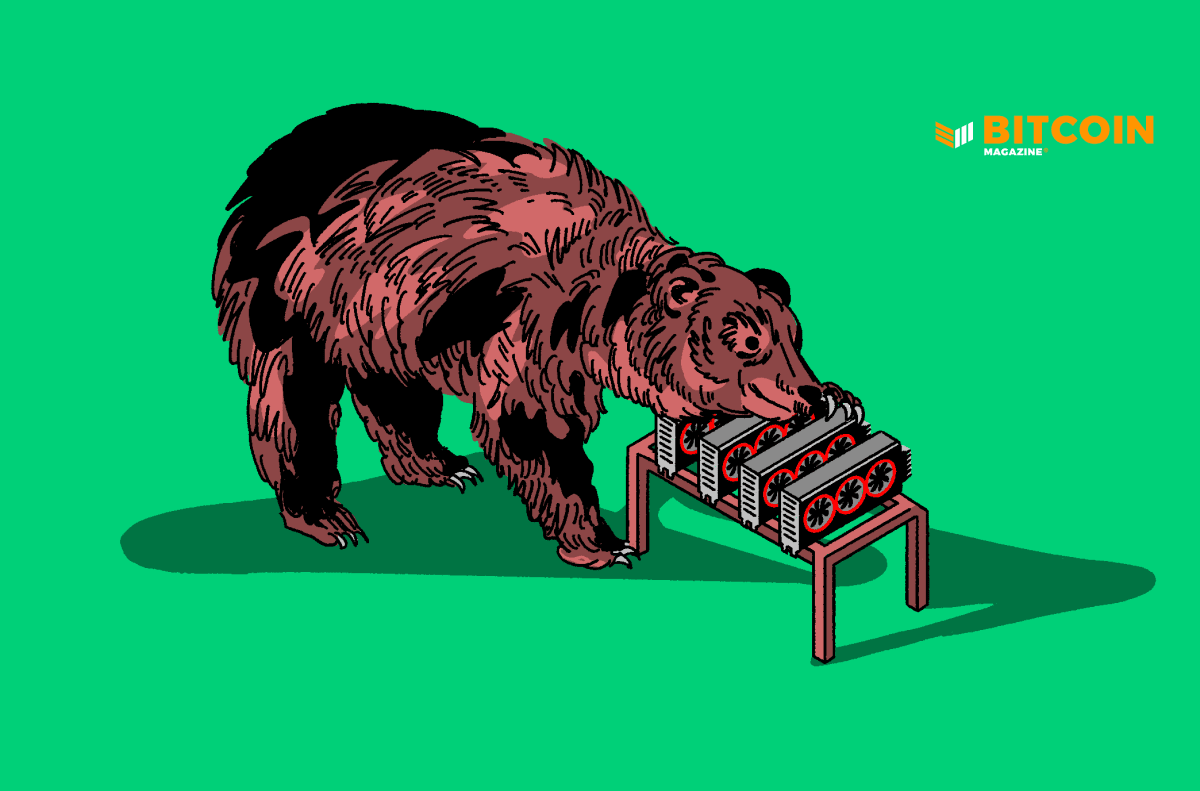 If bitcoin is in a bear market, the mining industry will see competition sharply increase as profits drop. Mining then becomes a game in which the most agile and well-prepared participants survive while other miners are squeezed out. Some newer corporate mining entities, for example, that started mining in the heat of the recent bull market may already be on the brink of being pushed out of the market, depending on a variety of operating costs.

But small-scale retail miners are a special category in the industry. Independent miners operating at smaller scale — especially at-home miners — can endure adverse market conditions much better than their larger corporate counterparts for reasons explored in this article. With more flexibility, financial independence and price agnostic incentives, retail miners can, in fact, survive almost anything.

Mining conditions are already significantly less profitable compared to six months ago. Bitcoin’s price is trading over 40% below its latest all-time high and mining difficulty has steadily increased. Hash price, one of the most precise measures of aggregate mining revenue, has fully retracted its gains from the past year, dropping below $0.20 in late February for the first time since December 2020.

While some executives at large corporate mining operations might start to sweat if these market conditions continue to worsen, retail miners are different. Over the past two years, Bitcoin mining has seen a historic surge in interest levels for retail mining, and because this demographic of miners operates on a wildly different incentive structure than institutional miners, retail miners won’t go away, even though some of their corporate counterparts will inevitably be squeezed out.

Big miners care about profit, and that’s pretty much it. When their margins dry up, they get squeezed out of the market and capitulate. This process happens every halving cycle.

Some large mining entities are also ideologically motivated. Not every large-scale institutional miner is a profit mercenary. Executives at some of the largest publicly-traded mining companies, for example, care deeply about the role that mining plays in the long-term security and success of the Bitcoin network. But if forced to choose between profit and ideology, these miners are obligated to investors, shareholders and employees to prioritize profit over everything else.

The prioritization of profitability by public miners is apparent in the routine reporting of otherwise non-public operational information outside of traditional reporting requirements. Mining-related press releases with updates on the amount of BTC a company mined in the past month or how much hash rate it added or how many new machines it agreed to buy are examples of this trend. Note that disclosing any of this information doesn’t satisfy any regulatory requirements. It’s voluntary.

Again, caring about profitability is not wrong or bad. Profit is, in fact, one of the most important incentives that protects the Bitcoin network from a variety of attacks. But it’s important to note that for institutional miners, it’s by far their primary and often only concern. So, when profit dries up (e.g., during a bitcoin bear market), some corporate miners have little to no ability to stay in the mining market and are squeezed out.

But retail miners are different.

Why And How Retail Miners Survive

Retail miners have a much more flexible operational structure than corporate miners and small-scale mining hobbyists have a much wider variety of reasons to mine Bitcoin. In short, retail miners are adaptable and are not mining just for money. The operational adaptability of retail mining isn’t the core focus of this article, but the idea has been discussed at length by Rory Murray, the market intelligence lead at GRIID.

Of course, retail miners also care about profitability. If given the choice between mining profitability or at a loss, most rational miners would choose profit. And all things being equal, institutional miners usually have easier access to newer hardware and cheaper power than retail miners, leaving small-scale operations that typically pay residential power prices to operate less efficient machines and rely on tools like custom firmware to increase their revenue and level the playing field.

But it’s not only about the money for these miners. And if the profits start declining, a variety of other incentives exist to keep them in the market.

Here’s an overview of a few profitability-independent reasons why retail miners would choose to stay in the market even if mining revenue and bitcoin’s price decline:

None of these potential uses are affected by price or profitability. Mining is always hot, loud and KYC-free, regardless of the spot price of mining. And more miners than ever are committing themselves to one or more of the above uses for mining.

Thousands of retail miners also care about mining as a revenue stream, not just using the heat to dehydrate fruits. But even if an at-home miner decides to shut off their machine(s) for a day or even a week, their long-term involvement in the mining market is almost completely unaffected. Executives at a mining company who powered down their hardware for a week would be fired.

In a perfect world, the price of bitcoin would go up forever and miners would always be profitable. But in bearish market environments, revenue dwindles and some operators are squeezed out of the market. Because of their scale, smaller retail miners can adapt to different market environments much faster than institutional behemoth mining farms. And because of their incentives, retail miners are often indifferent to profitability, allowing them to stay in the market indefinitely.

Everyone should mine Bitcoin, large institutions and small hobbyists alike. But retail miners now have the ability to exploit more uses than ever before for mining than any other type of miner regardless of what price bitcoin trades at. And almost nothing can squeeze them out of the market.