How I Became Homeless, Then A Sats Millionaire Today 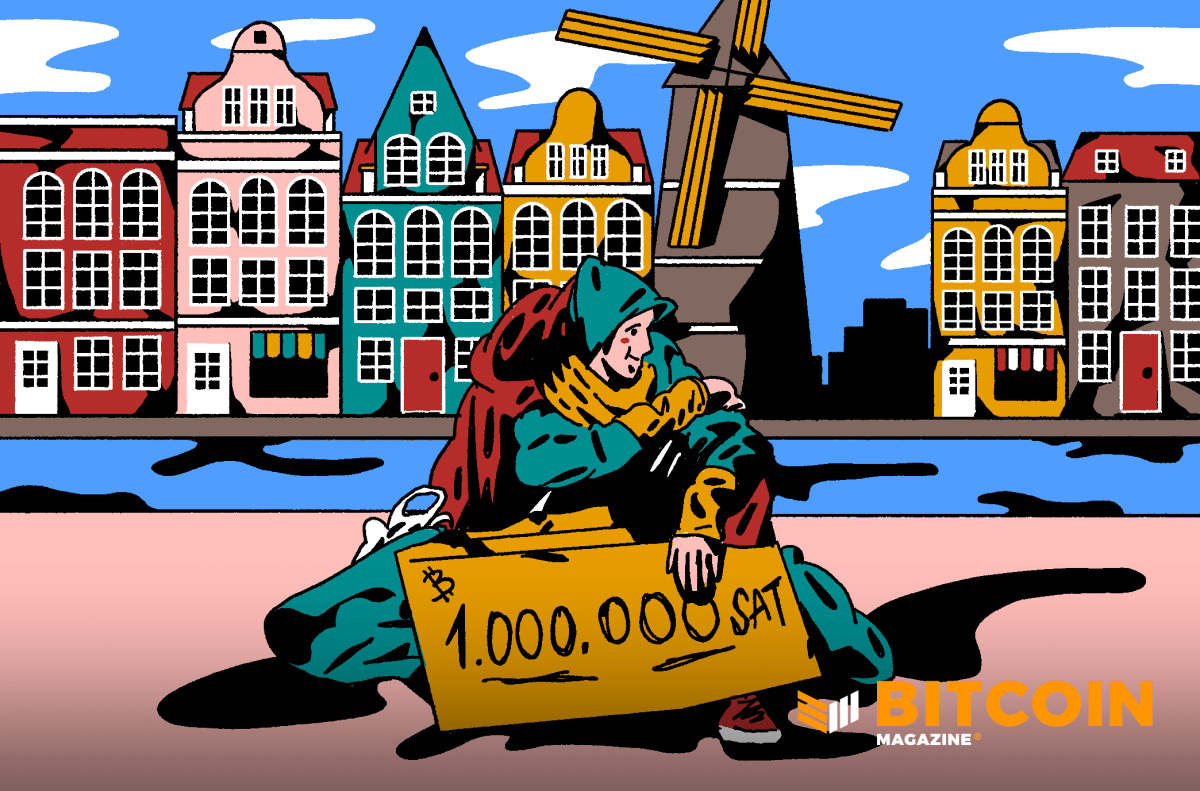 Yes, I am homeless. Unhoused. I am not alone.

In the Netherlands, there are 38,000 homeless, growing daily. It can happen to anyone. One day, you have a job, a relationship and a bed, and before you know it, you’re sleeping on coaches, walking the streets and ending up on benches or worse.

I have been unhoused since 2019. I came to Amsterdam 10 years ago as an au pair. When the family moved, I found myself without a job.

I was stuck in a bad relationship with big money debts. Then I had no money to pay for a room, nor a working bank account, only debt. When I worked, all the money automatically disappeared into my debts.

I ended up on the street.

When you are young and on the street, it is very intense. You are completely on your own. Surviving every moment of the day is hard. I had a lot of panic attacks and could not plan a future.

Always worrying. Getting some money, finding a shelter, something to eat, electricity and free Wi-Fi.

For help, there is a waiting list at Dutch organizations. They could not help me, because I was too old or too young, not stable enough or not mentally ill enough. Not homeless enough but economically homeless. Help with my debt was impossible. I was always placed on endless lists.

I was desperate. I wanted nothing more than to have a roof over my head again. I found it impossible to get my life back in order.

A safe place for me was the airport. Before COVID-19, it was a place where I could disappear.

If you see me, you cannot see my problems. Even my trolley with all my possessions is not out of place. It was easy to ask for change, find food, restrooms and rest.

I was gaming on my phone and started talking to a girl next to me who was also gaming. I asked her for some change. She said she was sorry but did not have any cash. She asked if I’d heard about Bitcoin and Lightning.

She showed me how to download BlueWallet on my phone and sent me 10 satoshis, the smallest unit of bitcoin. She also showed me this SaruTobi game she played to earn satoshis.

Now I am forever grateful to her for showing me the way. But at that time, I thought she was trying to scam me. Bitcoin is considered a scam in the Netherlands because many politicians consider it to be.

Read More:   What Warren Buffett Gets Right About Bitcoin Today

She told me to learn more about Lightning; it could help me.

I did not believe her. I thanked her, deleted the game but kept the wallet. I do not know why. I think maybe because deep down I understood that the satoshis in the wallet were something.

I spent days at the public library; I remembered the girl and the wallet. On Twitter, I found people talking about this “Lightning.” There were people sending Lightning QR invoices to each other with satoshis.

I started with making Lightning invoices, going to Lightning faucets and reading more on Bitcoin. I got more sats from Bitcoin people online; they were giving them away.

I could not believe it. Money without banks, no Tikkies, no cash.

In the Netherlands, this is not even enough to buy coffee or toilet paper, but for me it was a lot. It was magical.

This caused a storm of reactions.

Somebody helped me to set up my own tippin.me page. I got so much help online.

I was so thankful. It was unbelievable, so much kindness.

Before I knew it, I was staring at my phone until the battery was empty. Seeing people from all over the world sending me sats. Helping me with more information about Bitcoin. I learned more about Bitcoin.

I am practically unbanked in the Netherlands with only debt to my name and suddenly I was my own bank and saving money. It gave me more than hope; I saw a future for myself with satoshis.

This was so important to me. It gave me a feeling of security and even sometimes self-confidence. Powerful feelings.

Suddenly I was somebody, people saw me and helped me more than any civil servant. In 76 days, I reached a crazy moment: I had 1 million satoshis in my Lightning wallet. It was one of the most important moments in my life.

I am still unhoused and have a lot of problems, but I have found hope, a sense of belonging to something better and a way of saving money for my future, seeing a way out.

I still do not understand it fully. I am still learning, but Bitcoin and Lightning change my life on a daily basis.

I am homeless in Amsterdam. I am rebuilding my life with Lightning and Bitcoin. If you want, please donate some sats: [email protected]

This is a guest post by Homeless Mokum. Opinions expressed are entirely their own and do not necessarily reflect those of BTC Inc or Bitcoin Magazine.