Environmental, Social And Governance Is A Wolf in Sheep’s Clothing Today 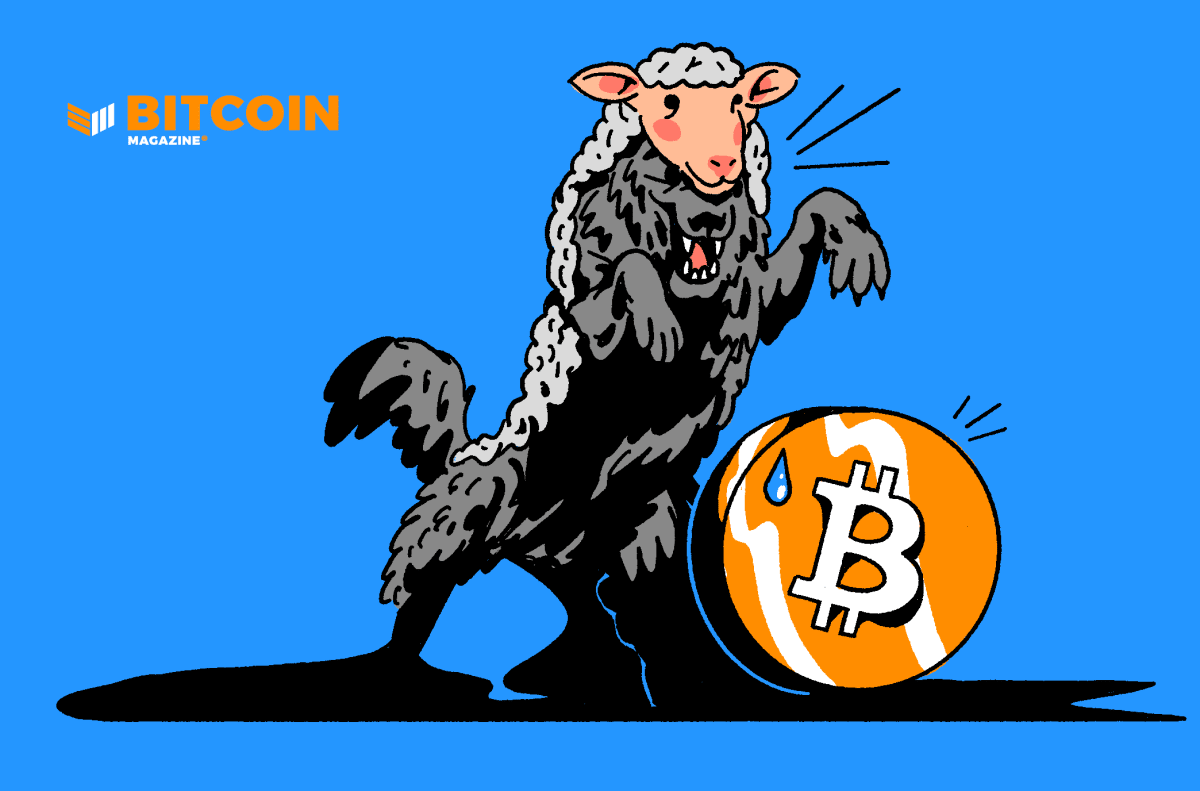 This is an opinion editorial by Macro Jack, a Bitcoiner with a background in traditional financial services spanning investment research, investor relations and business development.

Environmental, social and governance (ESG) is an approach to evaluate companies or countries based on their alignment with these three factors. Growing in popularity in recent years, ESG has become a globally adopted framework and a focal point of capital allocation. The concept sounds harmless on paper since most people are good and want to advance environmental or social issues. Even better if we can do it through investments. However, introducing a monetary reward for ESG’s disciples introduces a whole new set of incentives that have likely not been thoroughly examined by the investment community.

There is more than meets the eye. The ESG evaluation process is arbitrary, opaque and centralized, leaving significant room for corruption. It is also suspicious that one of the key proponents of ESG is the BlackRock CEO, Larry Fink. BlackRock is the world’s largest asset manager managing more than $10 trillion, and Mr. Fink’s lifestyle reflects that. He enjoys flying private to Davos, relaxing in his Aspen mansion and telling you to reduce your carbon footprint.

Digging deeper into ESG reveals a more sinister plan. While we want to be good stewards of the planet, we quickly learn that the globalists’ proposal for doing so is quite ominous and also illegitimate. ESG is a vital component of the agenda to consolidate capital and centrally plan the allocation of resources, destroying the remains of the free market in the process. Let’s dig a bit deeper.

ESG is more than an approach to evaluating investments; it is a social credit system similar to the one that exists under the Chinese Communist Party. Similar to a credit score that determines one’s eligibility for loans based on their past ability to service debts, a social credit system is a more invasive analysis and determines access to not only financial services, but also public services, such as public transportation or grocery stores. For instance, China’s social credit system seeks to compile digital records of citizens’ social and financial behavior to calculate a personal rating that determines what services they are entitled. Per the Wall Street Journal, the official Chinese social credit system incorporates loan repayment, credit card bills, adherence to traffic rules, adherence to family-planning limits and “reliability” of information posted or reposted online, among other factors. In addition to the official inputs, social credit incorporates political dissidence, personal values and online speech into each person’s score. Someone’s beliefs, political views and online behavior determine their ability to access services such as insurance and banking, school admissions, internet services, social services and job eligibility.

Social credit is a system that determines access to goods and services at an individual level, while ESG determines a corporation’s ability to access capital. Ultimately, rather than a company delivering a product or service that the market demands, companies succeed based on their ability to compromise values and incorporate an ESG agenda. On an ESG standard, success is no longer based on delivering products and services to the market but on allegiance to the ruling class. ESG is a return to the monarchical model, allowing an elite few to allocate capital to causes that further enrich them in the name of “social good.”

Not only does the ESG system consolidate capital to the ruling class, but it is also effective at destroying wealth on a country-wide scale. For example, Sri Lanka’s ESG score was 98.1 ahead of its collapse. World Economic’s research explains the score. A high Emissions Index (close to 100) indicates a low environmental impact for the country. The Emissions Index is based on the equal weighting of carbon and methane emissions.

Sri Lanka’s collapse is due in some part to the government’s decision to force farmers to switch from chemical fertilizers, which use natural gas as a key input, to organic fertilizer in April 2021. This mandate reduced crop yields and has led to less food, resulting in Sri Lanka depleting its foreign currency reserves in order to import food. In two years, Sri Lanka’s foreign currency reserves were depleted from $7.6 billion in 2019 to $50 million by the end of 2020, a roughly 99% decrease. All the while, the country had $81 billion in debt and food prices have nearly doubled.

If anything, the ESG score teaches us that it can be a counter indicator to a country’s economic health, indicating a lack of food and reliable energy. Another recent ESG development was the Netherlands government’s recent announcement of their plans to cut emissions of nitrogen by 50% by 2030 and Canada’s proposal for cutting fertilizer emissions by 30%. In the Netherlands, the scapegoat is livestock and a reduction in herd size will render many farmers bankrupt, increasing food insecurity globally and making beef artificially scarce. By succumbing to the pressures of ESG, companies and countries do not prosper, they crumble. Rather than lifting all tides, they sink all ships.

At a corporate level, the ESG scheme is feasible because the stock market, namely passive investing, has been promoted as the best way to build wealth, especially in the U.S. Passive vehicles such as exchange-traded funds have been championed by BlackRock and other companies. for their simplicity and have seen a massive growth in demand in the past decade. However, the unspoken consequence of passive investing is that the shareholder voting rights are now concentrated with these behemoth asset managers, which use the votes to implement their ESG agenda. The ESG cronies are appointed to board positions and management roles, destroying the remains of capitalism. Rather than delivering shareholder value and increasing aggregate wealth, companies are forced to focus on “stakeholder capitalism,” translating to woke capitalism. Companies must succumb to Marxist ideologies to maintain a connection to the monetary window. ESG is a social credit system masquerading as a “social good.” A new form of crony capitalism, one based on allegiance to the globalists and masked as a virtuous cause.

The root cause of Marxism spreading throughout the capital allocation process is the debt-based fiat money. Because inflation is programmed into our money, savers are forced to invest in Wall Street products to preserve their purchasing power. The inflationary currency monopolized by central banks is a problem that Wall Street is eager to solve and their solution allows them to use the shareholder voting power to push the ESG agenda. The need for a savings technology independent from depreciating fiat currency and Wall Street’s financial products is obvious.

Enter Bitcoin, a savings technology that will free us from the globalists’ attack vectors, including ESG. By restoring the base layer of civilization with sound money technology, Bitcoin enables us to save for the long term. There is no need for Wall Street products on a bitcoin standard since there is no central authority, such as the Federal Reserve, diluting the supply. Bitcoin is programmatically scarce. There will only ever be 21 million bitcoin and the monetary policy is fully transparent and inelastic to changes in demand. Just as gold was selected by the free market as money due to its salability across space, so too is bitcoin being adopted as savings technology. There is a growing demand for sound money as fiat currencies trend toward zero. As demand grows over time and supply issuance decreases, the price will go up. Bitcoin is the savings technology that humanity needs to prosper.

Before people point out the obvious, it is worth addressing that bitcoin’s price is volatile. Bitcoin’s price does decrease in dollar terms because of the instability of the fiat financial system. However, bitcoin is only 13 years old and not yet a unit of account. As understood well in the bitcoin and Austrian economics space, money follows an adoption curve: first as a collectible, then as a store of value, next as a medium of exchange and finally as a unit of account. Bitcoin’s predecessor, gold, went through this monetization process over thousands of years. Bitcoin’s adoption is progressing much faster. As it advances in the monetization process, it will become more stable in dollar terms. Just remember that it is always stable in bitcoin terms; 1 bitcoin = 1 bitcoin.

To conclude, the restoration of sound money as the base layer of civilization removes theft from the monetary system. Unlike central bankers that devalue your savings and force you to speculate on Wall Street products to preserve purchasing power, bitcoin exists as an alternative to store value through space and time, defunding the Cantillonares and destroying ESG in the process.

This is a guest post by Macro Jack. Opinions expressed are entirely their own and do not necessarily reflect those of BTC Inc. or Bitcoin Magazine.