Does Bitcoin Have Intrinsic Value? Today 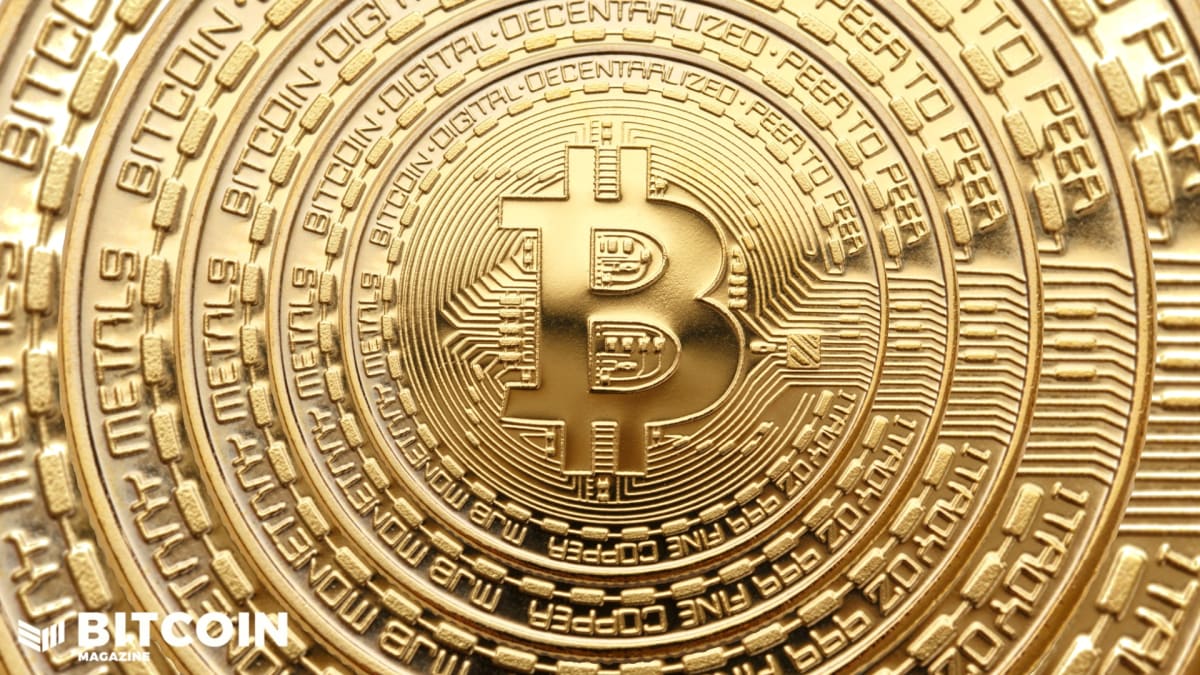 Listen to various Bitcoin critics for long enough and you’ll inevitably hear the argument that Bitcoin can’t possibly succeed because it doesn’t have any intrinsic value. You can’t hold a bitcoin in your hand, you can’t wear it, you can’t do anything with it besides trade it to someone else.

Gold bugs love to point out that unlike bitcoin, gold is used in all sorts of industries such as electronics, jewelry and dentistry. Establishment fiat investors and economists love to point out that unlike stocks, bonds and farmland, bitcoin does not produce anything. However, what both groups fail to understand is that these are not bugs, but rather very key features of Bitcoin.

Investopedia defines intrinsic value as, “A measure of what an asset is worth. This measure is arrived at by means of an objective calculation or complex financial model, rather than using the current market price of the asset.”

This definition, to put it bluntly, is useless. Who decides which objective calculation or complex model to use? How do we determine which inputs and variables to include in these calculations?

There is no such thing as “intrinsic value” in the sense of an object having objective value in and of itself. As a thought experiment, think of assets typically assumed to hold intrinsic value such as gold, farmland, stocks and real estate. Now imagine a world where no humans exist. Do these assets still have value? The answer has to be no, because value only makes sense in the context of human existence.

Therefore the entire concept of intrinsic value is based upon a false premise: Value can be separated from the evaluator, when in fact the two are intrinsically intertwined.

Think of a man stranded on a desert island who comes across a bar of gold. All alone with no one to trade with, the bar of gold is completely useless. If it were true that gold has such a thing as intrinsic, objective value then the gold bar would necessarily retain value to the man. But on the island the bar of gold has no more value to the man than does a rock of similar shape.

You may be tempted to assume something like oxygen has intrinsic value. However, when we once again remove the evaluator from the equation, the idea of oxygen having value loses its appeal. Oxygen has value because humans need it to survive. Without humans the idea of any material object containing value becomes nonsensical.

Sticking with this example, since we do give value to life and presumably always will, oxygen will always be valuable to us. But this is not the same as having intrinsic value as defined by stand-alone objective value, above and beyond human preference. However, what it does suggest is the simple fact that while man has been endowed with the ability to choose his values, he cannot escape the consequences of these values. In other words, if man values living (subjective), then he needs to value oxygen (objective).

Bringing the conversation back to the realm of economics, we can say: If man values wealth preservation, then he must save his wealth in money that cannot be inflated or debased. Or likewise, if man values monetary sovereignty, then he must use money that cannot be confiscated or censored. This means any form of money with properties that best meet these criteria will then necessarily hold objective value to anyone with the corresponding subjective values.

The question then becomes not, “What is bitcoin’s intrinsic value?” But rather what are our individual and shared subjective values (what matters to us) and do the objective properties of bitcoin meet these values?

It is safe to assume that for the vast majority of people on Earth, wealth accumulation and preservation are valued favorably.

It is for this reason, in conjunction with its intrinsic properties, that gold has held a high monetary value for thousands of years.

Gold’s intrinsic properties of supreme durability and high degree of scarcity in the Earth’s crust launched a seemingly inevitable sequence of events whereby humans with the desire to preserve wealth would collect it and use it as money.

It was not just gold’s intrinsic properties (objective) or just humanity’s desire to preserve wealth (subjective) that caused gold to be used as money, but both simultaneously.

To determine if Bitcoin is capable of achieving and surpassing the level of success found by gold over thousands of years, we must analyze Bitcoin’s intrinsic properties. There are several intrinsic properties of Bitcoin, however for the purposes of this article I will identify and analyze four major properties.

Bitcoin is decentralized, meaning it has no single points of failure. Unlike a corporation which has a CEO, headquarters and a board of directors, the Bitcoin network is distributed across the entire world and no one has the power to enact unilateral changes to the protocol.

In order for anything about the Bitcoin protocol to change, the change must first take place in the hearts and minds of the users of Bitcoin. Any node in the network who attempts to change the code of Bitcoin will be rejected by the rest of the nodes. As the size of the network grows, it will get progressively more difficult for any changes to be made. Bitcoin’s core design is like cement, starting off malleable but growing more rigid each day.

Bitcoin is open to anyone and cannot discriminate. At a point in time when many Western governments and corporations are fully embracing the idea of censorship, Bitcoin provides a medium in which no one can be censored because of race, politics or any beliefs at all.

Bitcoin does not and can not distinguish between transactions. Any transaction that includes a sufficient mining fee ($1.37 on average, as of March 2022) will be included in the blockchain.

Bitcoin aims to settle transactions every 10 minutes. One of the most overlooked but groundbreaking features of Bitcoin is its ability to perfectly and trustlessly synchronize itself across time and space. Through proof-of-work, Bitcoin utilizes the laws of thermodynamics to ensure that the system can’t be cheated.

As Gigi explains in his article titled “Bitcoin is Time,”

“Proof-of-work provides a direct connec­tion between the digital realm and the physical realm. More profoundly, it is the only connec­tion that can be estab­lished in a trust­less manner. Every­thing else will always rely on external inputs.”

No one has the power to cancel Bitcoin transactions. Once a transaction has several confirmations, it can be considered irreversible.

Perhaps the most well-known property of Bitcoin is its hard cap of 21 million coins. Thanks to its digital nature, Bitcoin is able to offer what no physical object can — absolute scarcity. Robert Breedlove explains further in his brilliant piece, “The Number Zero and Bitcoin,”

“The supply of any physical thing can only be limited by the time necessary to procure it: if we could flip a switch and force everyone on Earth to make their sole occupation gold mining, the supply of gold would soon soar. Unlike Bitcoin, no physical form of money could possibly guarantee a permanently fixed supply—so far as we know, absolute scarcity can only be digital.”

Unlike fiat money, the supply of which can be expanded with the click of a button by a small group of insiders, the 21 million supply cap of bitcoin is set in stone for the rest of time.

Read More:   The Perils Of Centralized Platform And Why Bitcoin Decentralization Matters Today

In its most basic sense, money is a tool which helps us to achieve certain goals. Bitcoin derives its value by being a superior tool for fulfilling these goals than any alternatives.

It has been demonstrated empirically throughout generations of civilization that wealth preservation and monetary sovereignty are two preferences shared by most people. We will define “wealth preservation” as the protection of the value and purchasing power of wealth. Monetary sovereignty is the ability for the individual to make free choices regarding the use of wealth without the threat of censorship or discrimination.

Modern-day fiat money falls short in both categories. The Federal Reserve and most other central banks have explicit mandates to debase the value of their currencies through what are known as inflation targets. In other words, currencies like the USD fail miserably at wealth preservation because they are specifically designed not to preserve wealth. It would require over $700 today to purchase what $100 was able to buy in 1970.

Our current system of fiat money relies completely on payment rails that travel through governments and banks, meaning transactions can be denied or censored for any reason. Banks can close customer accounts and governments can monitor the financial transactions of anyone they please.

Gold bugs love to assert that returning to a gold standard solves these issues. However, what they fail to mention is that it was the failure of the gold standard in the first place that brought about our current fiat system. Gold’s physical nature made it susceptible to centralization, an issue Bitcoin does not face.

Because of the luxury enjoyed by Americans and citizens of many developed countries, the benefits brought about by Bitcoin may not be as obvious as they are for many people in developing nations. Inflation in the United States has been persistent, but not devastating over the past two generations, and most people haven’t had issues with their banking services being shut down. However, after recent events in Canada and with inflation in the U.S. reaching multi-decade highs, many people are now finding that the value proposition of bitcoin is becoming too obvious to ignore.

Thousands of years ago people gradually found themselves using gold to store and transact value. Unlike modern fiat money, gold was not “decreed” to have value by any authority, but was simply chosen by people who both implicitly and explicitly recognized its superior objective monetary properties.

In the same way, Bitcoin does not need to be forced upon anyone in order for it to succeed. Gradually over time, rational humans with value preferences aligned toward wealth preservation and monetary sovereignty will automatically be drawn toward Bitcoin as a direct result of its superior objective properties.

This is a guest post by Bob Simon. Opinions expressed are entirely their own and do not necessarily reflect those of BTC Inc. or Bitcoin Magazine.

No One Understands Bitcoin, And That’s Okay Today