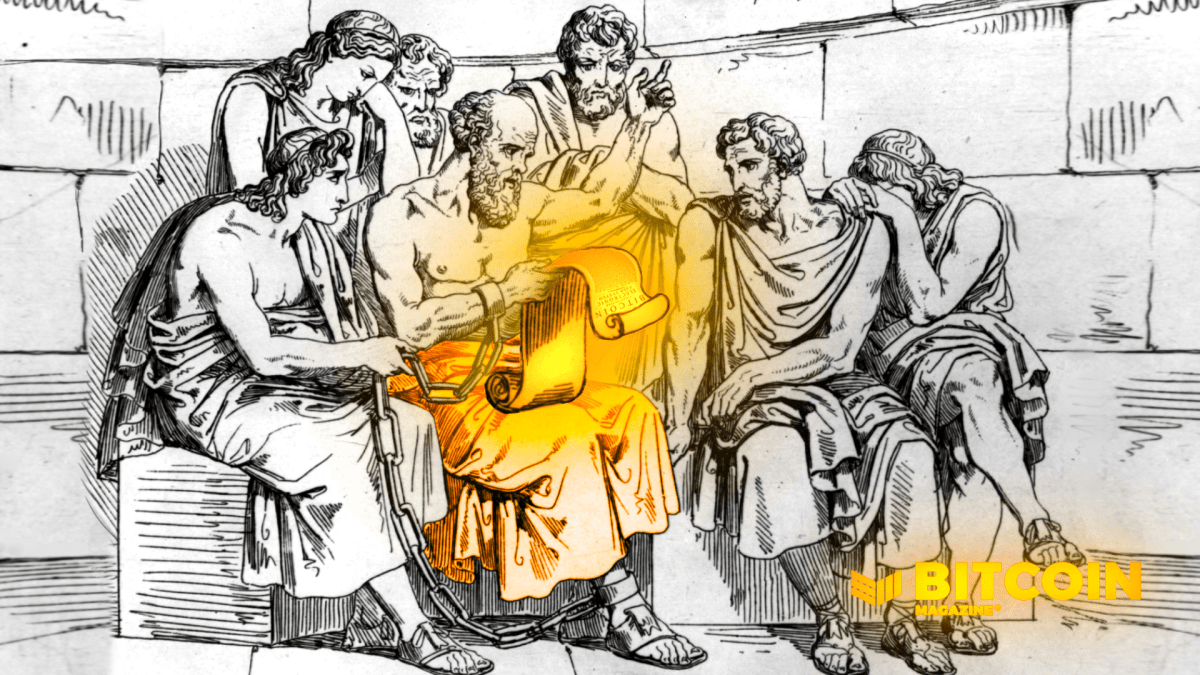 Identity is a topic of interest in 2021. Taking steps beyond the self-esteem efforts in the 1980s, the self-categorization movement efforts now seek to find empowerment in political agendas based on race, subculture, religion, gender, and/or sexual orientation. The aim, whether merited or not, is to “secure the political freedom of a specific constituency marginalized within its larger context,” according to the Stanford Encyclopedia of Philosophy. This political freedom acquired is often the result of political coercion, or compellance: an attempt to get another political actor to change their behavior through explicit or implicit force/violence. These movements, while seemingly altruistic, almost always result in expected government expenditure in the form of programs, reparations, or taxation to these alleged marginalized groups. Because governments always operate over budget, using an inflationary currency, it is certain that the people who will cover the bill for the government neglect of a segment of the constituency in all of these cases, will be consumers.

Of all the social groups, consumers have been increasingly marginalized, yet no one seems to care or notice. It is a role that while all people participate in, it epitomizes a massive segment of the world population, or at least the way the centralized decision makers understand it. The word has roots to a 15th-century definition as “one who squanders or wastes.” In economics, an 18th-century definition is “one who uses up goods or articles, one who destroys the exchangeable value of a commodity by using it.” It is also considered the opposite of the term “producer” who is one that “causes articles to have exchangeable value.” These terms make up the framework of our current economic structure. They are clearly toxic. I do not identify as someone who squanders, wastes, or destroys value. If you are reading this article, you likely live in a way that also pursues results against this categorization.

The latent impact of those words cannot be fully quantified in one short essay. The danger of accepting demeaning terminology can have far-reaching effects that take hundreds of years to rectify. Look no further than the use of the word “negro” that spawned an entire family of words that dehumanized black people for centuries such as negrophobe, negrophile, negrification, negress, and negroid. Rather than suffer the history of the infamous “N-word” that evolved from negro in this essay, here is a website that summarizes it clearly and efficiently. All people should be in abject horror when the president of the current administration uses this word. It is not so much as hearing the word that is worrisome, but the mainstream media’s rationalization rather than education about why negro is bad in the first place.

Maybe this subversive social oppression is acceptable because words like “consumer” are also used in the same way to marginalize the general population. It is a role that the fiat-based economy very much needs and wants. A high velocity of money is considered a strong economic indicator in a Keynesian belief structure. This means that a dollar earned should be a dollar quickly spent. A dollar spent before it has been earned is an even more desirable economic state of being for the incumbent system. Local banks acting as conspirators within the system disincentivize staking your cash by offering negative real yield; even when there is no end to the money supply.

If a consumer only squanders, wastes, and destroys value, is there any acknowledgement to the action of saving? Saving seems to be antithetical to what a consumer’s nature is defined as. Growing up in America, when I was given money, I was encouraged (even threatened) by parents to not “spend it all in one place” and put most of it in a toy bank of some sort. We were taught by parents, both good and bad, to save. It is universally accepted as a good thing, whereas spending on the first cheap toy you see was a disappointment to your parents and later yourself.

By partaking in saving money, you actively decide to defer consumption for a later, more desirable date and quality item. It is an edifying action that sadly, most people in this world system do not have the privilege to exercise. Were our parents wrong? Is the government actually better at raising and guiding children by incentivizing us to spend? To quote the Apostle Paul, “May it never be!”

As Guy Swann points out in Bitcoin Audible – #48, “Savings is the sole source of economic prosperity and growth.” You cannot progress as a civilization, culture, or individual unless you have stored resources to spend time and energy on something else other than foundational survival. Guy used the example of an individual that uses a pole to catch fish at a rate of two per day. If he simply eats those two fish every day, he will only ever be able to spend his time fishing. However, if he can consume one fish for a period of time and store up perhaps ten fish, he could cease fishing for ten days to build a net. That net could then be used to catch fish at a rate of ten per day. That person no longer needs to live as a fisherman, but can pursue other ventures that could satisfy other needs. He could not do that without savings. One could argue that he could just borrow fish from person B, but person B still needed to go through the process of fishing efficiently enough so he could loan it out. Multiply this by 1000 and you still need enough saved resources to cover the needs of 1000 more participants to prevent starvation (panic, recession, depression). Prosperity and growth is a function of saved resources. Contrary to the message the economic incumbents would have you believe, borrowing and spending without the durable and consumable resources available is a formula for depression and stagnation.

But they are not complete liars, for even Satan quoted scripture when tempting Christ while He was fasting in the wilderness (Matthew 4:1-11). The system does create prosperity and growth for those closest to the proverbial money printer. Governments are able to participate in the economy with no real restraints. Their policies that continually inject lifeblood to inefficient, failing agencies and companies is beneficial to the survival of symbolic “pillars” of society. This action continually blocks free market forces from allowing a new company, investor, or entrepreneur to fill an economic need. More importantly, these manipulative government actions create inflation, thus costing individuals the critical purchasing power needed to live, learn, and survive. No amount of additional manipulative policy can rectify this problem, now decades in the making. The foundation of the system must change.

While Bitcoiners consume like every other person, there is inherent joy in saving in this denomination contrary to the incumbent system. In a system based on software that is free and open source, participants can be both end users and managers. Bitcoin’s unchanging protocols ,like supply cap and block size, enable your economic decisions to buy, sell, or hold everything you interact with to be based on physics and math, not political influence. These types of factors enable confidence in a place to store value. Like mentioned before, saving is a virtue encouraged in our formative years. Savings enable options for the future, but only if the place you choose to save functions in an efficient and effective way.

Behaving as one who saves is practicing “low-time preference.” This is a characteristic that places value on the future greater than the value of the present. The Bible was written to encourage characteristics of low time preference from a temporal and eternal perspective.

“A good man leaves an inheritance to his children’s children, but the sinner’s wealth is laid up for the righteous.” -Proverbs 13:22

Again, in Proverbs, one can also find chastisement for one that chooses to live in debt, comparing it to something as obvious as night and day.

“The rich rules over the poor, and the borrower is the slave of the lender.” -Proverbs 22:7

The money of bitcoin incentivizes critical thought about the necessity of a transaction. Spontaneous and foolish exchanges are exposed against its unrivaled quality. Over time and experience, bad purchases become less frequent, thereby increasing savings and increasing the quality of goods that must be created in order to drive demand. If the quality of goods does not rise to match the quality of money, then the demand will drop along with the price.

A world of savers in bitcoin holds producers and service providers accountable for the quality of their economic offerings, thus leading to a world of innovation and hope. A fiat note is radioactive by nature. It encourages a rational actor to part with fiat for virtually anything because, as Voltaire said of paper, it “will eventually return to its intrinsic value – zero.” This economic system leads to stagnation, and disincentivizes the growth of human civilization. It is, sadly, more important to be first to an exchange than it is to make a good exchange.

In a Bitcoin-based world, saving is a legitimate option to exist. Savings will encourage innovation and creativity in all industries and not just technology. If the simple act of saving could drive so much potential in humanity, why do we subject people to the term “consumer” that is rooted in “waste” and “destruction?” I doubt a trend in changing the usage of “consumer” will begin here, it is possible that some alternatives could be identified here so that society can move forward with a more accurate disposition toward what people like Bitcoiners are doing for the world moving forward.

Names are powerful. They tell a story and can sometimes impact the way the owners of those names carry themselves throughout life. Varsity, Hall of Famer, All-Star are names that athletes wear with honor and others rightly bestow honor to them. In a world based on physics, it is ignorant to say toxic names do not impact in an equal but opposite way. “Consumer” is bad, and leads people to perpetuate more bad ideas and actions, like ignoring Bitcoin’s impact on the world. Bitcoiners have graduated from that description simply by holding and hoping. It is up to us to help friends and family also move beyond such fiat terminology and into a state of economic freedom.

Have you signed #DOMI yet? Check out declarationofmonetaryindependence.org and lend your support for a document that unifies us against the incumbent system.

This is a guest post by Ulric Pattillo. Opinions expressed are entirely their own and do not necessarily reflect those of BTC, Inc. or Bitcoin Magazine.