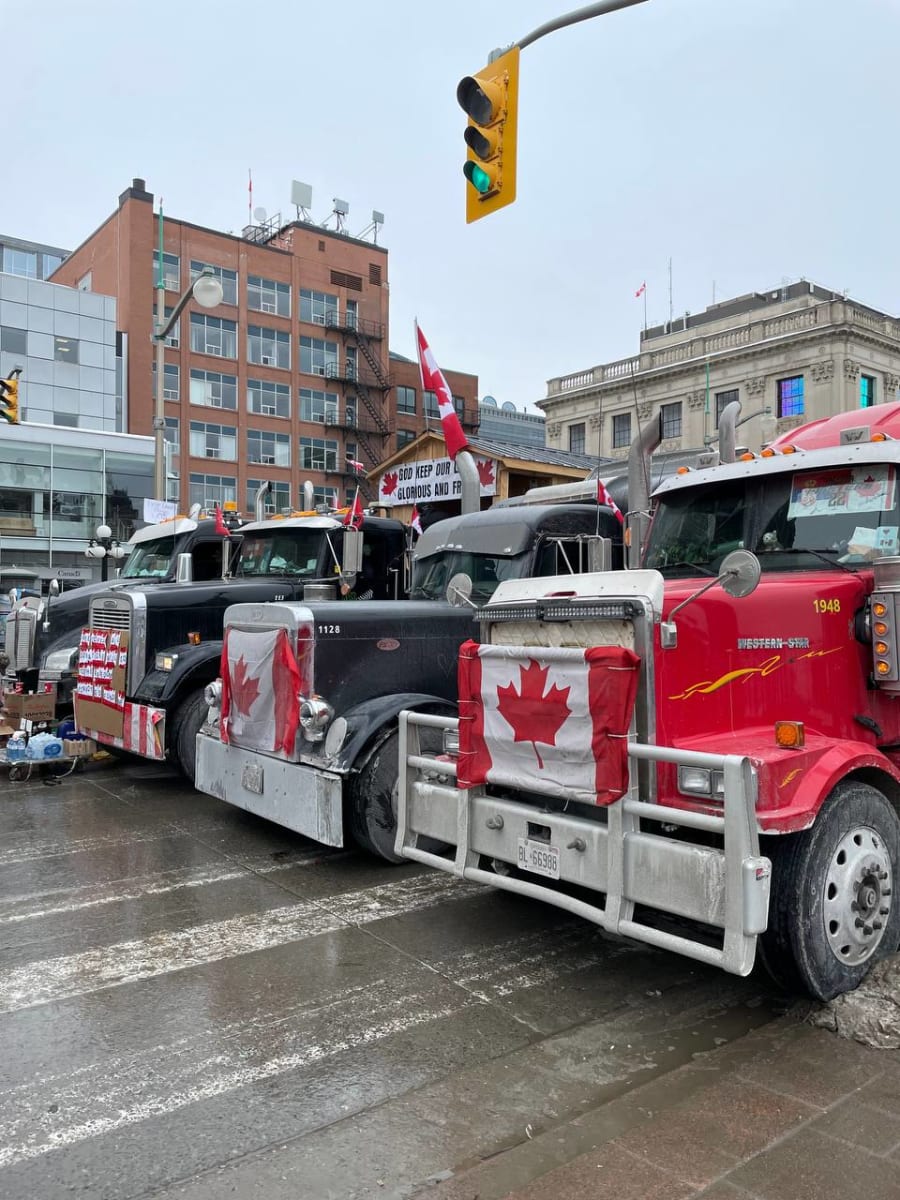 Freedom Convoy, a cohort of Canadian truckers protesting for the end of COVID-related mandates in the country and the restoration of the Canadian Charter of Rights and Freedom, had received C$10 million ($7.8 million) in donations until its fundraising platform, GoFundMe, froze their funds on Friday alleging violations of its terms of service.

“GoFundMe supports peaceful protests and we believe that was the intention of the Freedom Convoy 2022 fundraiser when it was first created,” GoFundMe said in a Friday statement. “We now have evidence from law enforcement that the previous peaceful demonstration has become an occupation, with police reports of violence and other unlawful activity.”

“This fundraiser is now in violation of our Terms of Service (Term 8, which prohibits the promotion of violence and harassment) and has been removed from the platform,” the platform said.

In this statement, GoFundMe also said donors who wanted a refund had to submit a request until February 19; otherwise, the money would be sent to other “credible and established charities.” After a huge backlash, however, the platform issued an updated statement on Saturday saying that all donations would be automatically refunded to donors.

Despite this being a positive change for those expecting refunds after GoFundMe’s abrupt removal, the furnishing of automatic refunds was likely the expectation of many, without the need for such an update..

The changes instituted by GoFundMe demonstrate how traditional payment rails can be politicized and stopped at will, most often sidelining movements that defy the status quo of their jurisdiction by cutting off access to donation avenues altogether.

Read More:   Who is Bitcoin's Successor?

For instance, a similar series of events took place in Nigeria in 2020, when the Feminist Coalition, a Nigerian advocacy group formed earlier that year focused on advancing and protecting women’s rights in the country, saw donations meant to help the country’s #EndSARS movement stopped by centralized fundraising platforms. Without a funding source, the movement would sooner or later come to an end; however, the Nigerian group found a sovereign lifeline in bitcoin – something the Canadian truckers have now found as well.

At the time of writing, the Freedom Convoy has raised over 8.80 BTC through its bitcoin donations page. Although the page was set up a couple of days before GoFundMe shut down its fundraising, the lifeline came in handy to quickly supercharge the convoy’s efforts in vouching for a wide range of individual freedoms that the truckers claim the Canadian government took away from them.

Those interested in supporting the truckers’ protest can gift BTC through the Freedom Convoy’s new donations page, which accepts bitcoin donations on-chain and on the Lightning Network.