Bitcoin Was Made For This: The Apex Of Apolitical Today 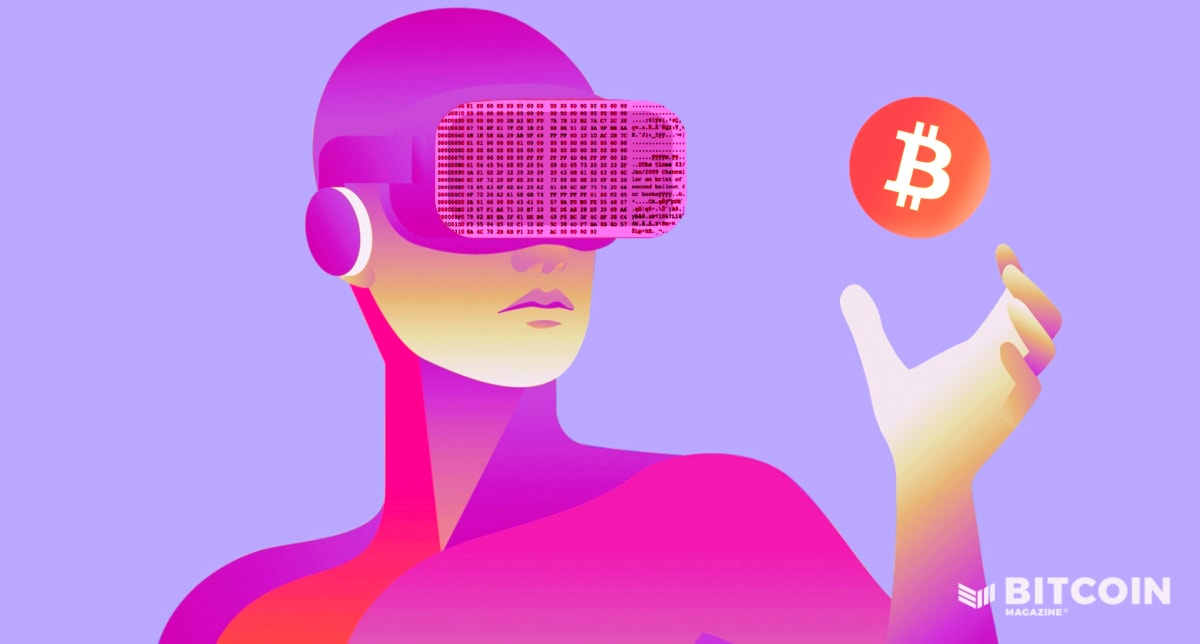 Satoshi Nakamoto’s invention was made to be apolitical.

It was made for users to avoid being held monetary hostage to rulers who didn’t approve of their transactions or their political defiance. Its existence means that despicable dictators can’t take funds from you or stop you from transacting over its apolitical payment rails.

Flashy words like “uncensorable” and “without a trusted third party” might not mean much to rule-abiding Westerners who have never had their accounts seized, their payments blocked, or their assets sanctioned. For some of the millions of people living under questionable regimes worldwide, the lifeline that Bitcoin provided has been the difference between life and death, survival and starvation. The ability to get out, and to avoid the controls that rulers place on you, was always Bitcoin’s greatest promise.

In recent years, the examples where Bitcoin has excelled in humanitarianism are plenty and Bitcoiners have proudly treasured this, showing how the orange coin was above the rest of the cryptosphere’s memes and pump-and-dump schemes. Bitcoin has allowed individuals and small, marginalized groups to stand up to dictators, finance Belarusian insurgents, let Nigerian web designers bypass their corrupt regime, allow Argentinians a workable store of value and let them avoid capital controls and fix Palestinians’ monetary headaches. Salvadorians have since last year been able to remit funds back to El Salvador better and cheaper than they could before.

We got a preview of that point earlier this year with the Canadian truckers and their crowdfunding hassles. A government with a strong political agenda turned the apparatus of the state onto the protesters of which its leaders so aggressively disapproved – calling them names, prosecuting them for made-up charges, blocking payments, voiding insurance policies, and seizing funds.

Bitcoiners hailed to the rescue, proudly displaying how Bitcoin is above such pesky political conflict: as an apolitical money, it can step into the monetary void, even when the powers of government and a captured banking system stood against the protestors.

A few weeks later, it was time for another test – and a much bigger one: the sanctions imposed by coordinated Western powers onto Russia for its attack on Ukraine. With Bitcoin poised to play center stage against pundits who think they can shape the world by words, sanctions, virtue-signaling, and self-flagellation, reality is a harsh mistress. In “The Fiat Standard,” Dr. Saifedean Ammous correctly argues that Bitcoin is a “shattering blow to the worldview of those who think reality comes out of fiat” – by which he means, among other things, government rules and legal proclamations. The centralizing mindset which thinks you can merely issue some government edicts, speak some words, and justice be done, will have a hard time arguing with the cryptographically obstinate nature of Bitcoin.

BTC doesn’t care about your opinions, or who you think should be financially cut off from the rest of the world. Instead, it works: confirming block after valid block that contains transactions that you may or may not approve of.

Now that the shoe is suddenly on the other authoritarian foot, we quickly learn who held Bitcoins’ principles consistently and who were merely using them for some other undisclosed end. The problem with (vast) government power is that eventually some distasteful person will turn those powers on you – by which time it’s too late for you to regret ever supporting the expansion of its influence.

“No, Bitcoin Won’t Save Russia From Western Sanctions,” we learn from Matthew Pines and David Zell at the Bitcoin Policy Institute, and one quickly wonders what happened to all the high-flying ideals of two minutes ago. If Bitcoin can’t overcome government sanctions, if Bitcoin isn’t capable of offering refuge from currency collapse, if Bitcoin doesn’t offer an escape from all-encompassing government powers – what good is it?

They offer a few reasonable predictions – the most convincing of which are the China connection and that Russia holds lots of gold. While tricky to ship abroad in exchange for goods and services, gold, explains Zoltan Pozsar to Odd Lots “… doesn’t have to be sold; it can be repo’d – just like any other financial instrument.” All you need is a willing financial system somewhere, happy to “… reverse-in gold in a repo transaction for you” to make payments.

The second point is the least convincing. The entry of a new big buyer would make BTC’s volatility worse…? Besides: compared to what? On the sanctioned SWIFT payments, the option is no commodity revenue management at all.

The first point sounds clever, but is simply conflating two factors that have no necessary connection. Market cap is a stock and exports are a flow, so comparing the two makes no sense. Even if it did, onboarding an entire country’s industry would probably both increase price (and so market cap) and induce some prior holders to dispose of some of their coins. Thankfully, Bitcoin’s velocity is not measured at 1 (and it’s very close to the velocity measures for the dollar): a given amount of sats can circulate many times in an economy. Besides, the relevant trade goes in the opposite direction of what Pines’ and Zell’s argument requires: sanctions – with or without the access of chain analysis firms – don’t prevent a Dutch or Chinese importer from acquiring bitcoin, taking it off the exchanges, and then sending it to industry giants like Norilsk Nickel or Gazprom in exchange for copper and oil shipments.

Can ships be intercepted, oil pipelines cut off, copper deliveries seized? Sure. There is even some indication that, privately, global shipping companies are refraining from doing business with Russian counterparts. That’s a real-world interception that Bitcoin could never address; all Bitcoin does is getting around the monetary obstacles you so naively put in Russia’s way.

If Bitcoin works only with the regime’s permission, it isn’t working. And if you think that’s a good idea – in this conflict or any other – per Aleks Svetski – you should probably sell your bitcoin.

What the Russian sanctions are reminding the world – and the Canadian truckers’ crowdfunding issues a few weeks ago as a warm-up – is that money you thought was yours might not be, when your accounts get frozen and payments blocked by those who don’t like you. Even ostensibly self-custodial bitcoin held through MetaMask is now subject to some restrictions as its provider Infura has said that they will uphold U.S. sanctions.

“But This Is Different! Putin Is Evil!”

Sure, whatever. Bitcoin doesn’t care.

All monies are for enemies, and the more despicable the enemy, the greater the proof of bitcoin’s viability. Whatever the crimes of this masculine, horse-riding strongman, it’s the talking heads with outsized control over the USD monetary system that just showed how terrible and contingent their money is. When push comes to shove and you irk them once too many times, they’ll just limit your usage. They may swiftly and brutally decide that the money you thought was yours no longer is.

“All of the things that make crypto appealing to those under siege apply to those doing the sieging as well,” as Rebecca Heilweil and Emily Stewart report for Vox. Bitcoin doesn’t take sides:

“Whether it’s good or bad in wartime, crypto is doing what its proponents say it does — giving people a way to work outside of traditional financial institutions — and there’s no sign that will change anytime soon.”

For years, Iran has successfully used bitcoin to avoid sanctions, in a testament to the apolitical nature of BTC. North Korea allegedly uses all kinds of cryptocurrency to circumvent the obstacles the rest of the world has placed against its regimes. Only time will tell if in this conflict Russia – its people, companies, banks, and government – can follow suit.

In the last week or so, sanctions ostensibly designed to punish Russia for its behavior have been implemented. As policy tools to inflict economic damage on your opponent, it is not clear that they work – especially for a large, commodity-exporting, surplus country like Russia.

“… the risk of hurting global investors and other innocent bystanders more than the intended target is very real. European banks, companies and countries that rely on SWIFT for fuel transactions would feel the impact along with ordinary Russian citizens.”

What’s so ironic about the tough guy stance taken by most international organizations is that last time around – Crimea, 2014 – writing for NATO Review, Edward Hunter Christie concluded that falling oil prices were evidence that sanctions worked. Back then, Russia’s gross domestic product fell and low oil prices severely hurt its export revenue. What, one might ask, does that imply about this round of sanctions? Oil prices have been on an absolute tear, aluminum setting an all-time record, and nickel at an 11-year high – are we sure these policies are designed to impoverish Russia and not enrich it?

Even more ironic are the many announcements by Western investors and companies with interests in Russia that they’re ridding themselves of these assets – at no or any price. The world’s largest fund, the Norwegian oil fund, wants out of any and all Russian exposure at rock-bottom prices; the British oil and gas company BP announced on February 27 that it exits its stake in Russian energy company Rosneft, a loss of assets worth some $25 billion – followed by similar exits from Exxon and Shell.

But to whom are you selling? There’s no buyer; brokers and clearing institutions won’t touch your shares. Maybe you just write off the loss or simply tear up the shares (or for maximum trolling: donate them to a Ukrainian charity); maybe they become a cheap entry for deep-pocketed and less moralistic others, say, the Qatari wealth fund. Exxon, for instance, seems keen on just handing back the shares of their Russian ventures. How does that hurt Russia, or prevent her from waging war?

“Thank you kindly,” says whoever ultimately buys their stakes as well as the Russian companies now in full control of their oil-processing facilities. No longer needing to revenue-share with Western counterparts, it’s hard to see that this was a loss for anyone but shareholders of Western oil companies. The always sharp Matt Levine reflects:

“… if you own Russian bonds it seems increasingly plausible that you might not get paid interest, because it might be illegal in Russia for the issuer to pay interest, and illegal in the West for intermediaries to pass along that interest.”

“I suppose the last time major land wars were fought in Europe the settlement system for funding those wars consisted in some sense of moving around piles of gold, and you sort of knew what you were getting. Perhaps the next time major land wars are fought in Europe the settlement system will consist of transparent uncensorable transfers on the blockchain, and you will sort of know what you are getting. But the current settlement system for international financial transfers consists of book entries at regulated and somewhat policize-able central intermediaries, and it’s not clear anyone quite knows how they’re supposed to respond to a war.”

Bitcoin doesn’t take sides. Bitcoin doesn’t care about your opinion, or the opinion that others have of you. Bitcoin cares about its consensus rules, whether the proposed block is valid and the transactions therein made by entities wielding their private keys.

If you truly desire uncensorable freedom money, some despicable types are going to use it. And that’s a good thing.

This is a guest post by Joakim Book. Opinions expressed are entirely their own and do not necessarily reflect those of BTC Inc or Bitcoin Magazine.