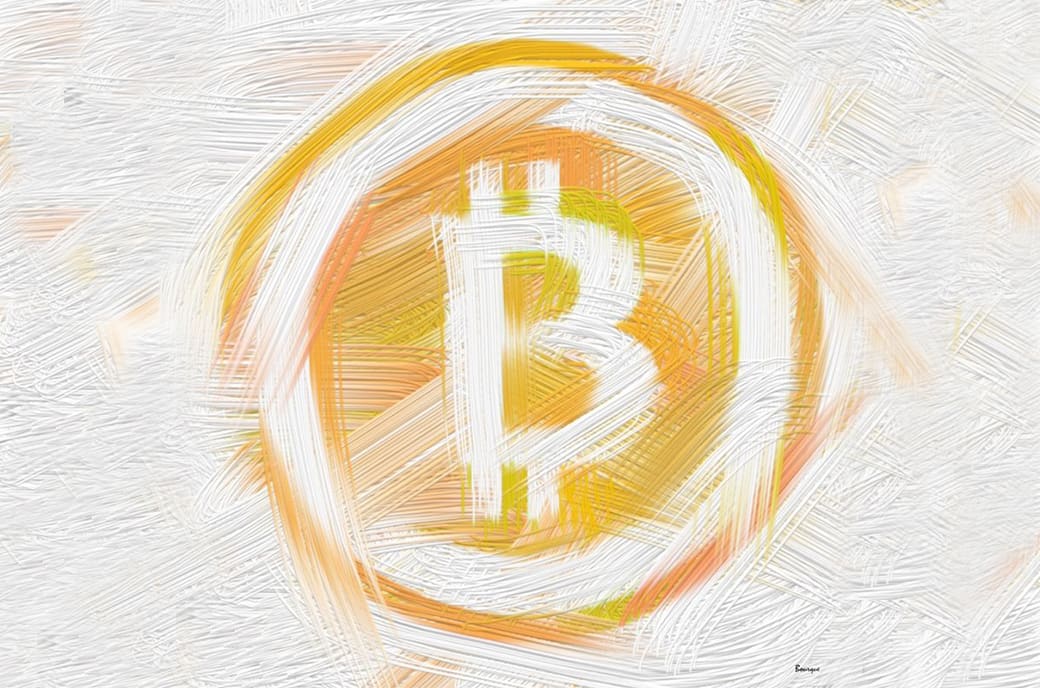 The art is grotesque, ugly and reminds me of a ransom letter. I hate it because it’s confusing, purposefully opaque and it feels like the artist is pimp slapping me across the face. But most of all, the art is pretentious, pretending to be something meaningful when it’s empty and vain. It’s the embodiment of the elitist liberal arts professor with the elbow-patched sport coat.

I’ve expressed this on more than one occasion and I’m told by the Picasso apologists how he could paint realistically, but was exploring a new form of art by making his art disgusting and shocking. What a crock! That’s like claiming that Newton’s alchemical pursuits were legitimate because he also developed calculus. Or that Roger Ver’s Bitcoin Cash pursuits were legitimate because he once promoted Bitcoin.

Picasso’s art is gross and what I resent more than anything is being told that his paintings are good art and that I shouldn’t trust my lying eyes. There’s nothing profound there and attempts to explain their value are like Keynesian/Marxist explanations of why the central bank is a good thing or how an ICO is actually useful in some theoretical/hopeful future.

The most prominent feature of postmodern art is its unreality. The art is so obviously not representing anything in reality that it’s hard to even interpret what it’s supposed to be. It’s purposefully confusing and any meaning deliberately obscured by layers and layers of esoteric explanation. A banana duct-taped to a wall is supposed to represent the meaninglessness of life or something … And people pay money for it because art critics (ahem, scammers) proclaim it’s great art.

Does that remind you of anything? It should, because this is how central bank-backed fiat money works.

Fiat money started as a representation of gold. Up until 1933, you could convert $20.67 for 1 ounce of gold at any bank. The paper was a convenience mechanism because the physical nature of gold made it hard to transport. But then the representation, the paper bill, started to be debased. First came Executive Order 6102, which confiscated the gold and disallowed convertibility. A year later, the gold was revalued at $35 per ounce. Then Bretton Woods came and the U.S. dollar became the reserve currency of the world. Only central banks could then convert the dollars to gold. The representation of gold became a little less real and a little more fake each time. Finally in 1971, all convertibility was suspended, ending the representation once and for all and making money completely fake.

The process of fiat money becoming less and less representative of reality is the same process that art has been undergoing. Art used to be representational and reached its peak during the Renaissance. Then came impressionism, surrealism and cubism. Art slowly degraded to the point where it no longer represented anything. Somehow, colored triangles with weird lines are now considered profound. Like a hot dog that goes from all beef to some industrial sludge, the debasement of art and money has not been pretty. The final debasement is when they no longer even claim to represent anything. They are valued by decree and controlled by institutions like the Federal Reserve Board and museum curators. Centralized control made art valuation a monopoly.

This is why I call postmodern art “fiat art.” It’s no longer tethered to reality, but completely fake and made into its own reality. Art previously was a window into the real world. When we look at the Sistine Chapel, we’re seeing a representation of reality, of something we can identify and reflect on. The great technical skill in making it look realistic makes us appreciate the beauty and we can acknowledge and enjoy all the work involved.

Postmodern art has no such proof of work. It doesn’t represent reality, which means that artists can churn out meaningless pieces in minutes. Picasso at one point most likely painted 50 pieces a day. Classical painters, by contrast, took months to produce a single piece. If ever there was a proof-of-stake artist where the signature was all that mattered, it was Picasso. Not having to represent reality meant that elite-approved artists could produce as much as they wanted. Fiat art is easy art because only the signature matters. This is very much like fiat money being easy money — as in easy to produce — because the value is based on centralized authority.

The focus then, is not on the art or the thing being represented, but on the credibility of the issuer. In this way, fiat art and fiat money are similar. My 5-year old can produce postmodern art all day long, but the reason he can’t sell them for millions is because he’s not an elite-approved, famous artist.

To become an elite-approved artist, there’s a whole ladder of status that every artist needs to be climbed. Artists, to get to the top of this status ladder, need to play a political/marketing game. “Good art” is not meritorious as much as it is approved by the elites. Art is centralized, where the artist is more important than the art. This is very much like fiat money which is also completely dependent on the issuer. The elites of the art world, the museum curators and art critics are issuing banking licenses to artists they approve of and these artists can pretty much print as much as they want.

The biggest disservice of postmodern fiat art is the whirlwind of confusion of artistic value that it’s created. Fiat art is clearly not beautiful, and a Mark Rothko painting is indistinguishable from what the average Joe can make. We’re having to be constantly told by the cultural elites and tastemakers what is and isn’t good art. The art world is a scam like Amway, only more pretentious.

We can no longer identify what’s good or bad art and we must now trust others to make that value judgment for us. Fiat art has created a class of rent-seekers that extract value by declaring certain things worthy. We can’t judge for ourselves because we are uncultured heathen and we must instead let others judge for us. We must trust the experts, our betters, the art elites who are essentially less dorky versions of Dr. Anthony Fauci.

That sort of elitism really grinds at me because it’s completely abused. No longer is art a matter of what people like or don’t like. We have to be told what’s valuable or not. I think Andy Warhol pieces are trash, but cultural tastemakers say it’s good so it has value. The art is valued by decree, not by the beauty of the art itself. Fiat art, indeed.

This is no small thing as people are now afraid of saying whether they like something or not until they find out more about the artist. People only share their opinions if they’re sure it’s an approved opinion. The art world has become junior high school where everyone pretends the emperor’s new clothes are awesome and amazing while those that say he’s naked are derided as cultural philistines.

The same value confusion is prevalent in fiat money. The elites tell us that we should value the money and ignore all the shenanigans around it. Some governments go so far as to impose price controls to tell us exactly what things should cost, telling us directly how much we should pay for certain goods. Value itself becomes incredibly unstable because of the constant change. People are anxious because what’s valuable today can be completely worthless tomorrow. There’s no stability in money.

Fiat art, like fiat money, is centrally controlled and there’s something fundamental about value that’s lost. Becoming less real or less representational necessarily means that art becomes more fake. We no longer have a good sense of what’s good or bad art because we have to conform to the elites’ sense of value. And that approval by the art elites is more important than anything the art expresses.

Instead of expressing beauty, artists are more concerned with climbing the status ladder of the art world and rent-seeking off the rich idiots that buy into this stuff. The system is set up for artists to sell out. The current world of fiat money isn’t very different. Most people climb the status ladder rather than creating goods and services demanded by the market. Both are degenerate and destructive to civilization, in the same way that Tinder is to romantic relationships.

Fiat art and fiat money both stopped representing anything real a while ago. They’ve been correlated for a while and it’s worth wondering if there’s a connection. Certainly the confusion of value brought on by fiat money probably extends to art and vice versa. There’s also the centralizing aspect of fiat money which has also extended into art. The fact that both have increased fakeness and rent-seeking point to a bigger trend of the artificiality of modern life. The elites want to control us, and art and money are two prongs of their pitch fork.

The hope for better money is in Bitcoin. It’s not centrally controlled, it’s a real digital commodity rather than a representation and there’s clear proof-of-work. Value is easier to assess when you get into bitcoin, which is why so many people find it life-changing. Owning bitcoin is owning a classical representational painting and owning fiat money or any altcoin is owning a picture of a Campbell’s soup can.

Postmodern fiat art is likely to continue its rent-seeking, centralized, value-confusing ways for a while, but there’s at least some art that’s real. The block clock has beauty, utility and attractiveness with clear and unambiguous value. Many of cryptograffiti’s pieces representing the Bitcoin world from the remnants of fiat money’s discards are also more representational. Of course, there’s plenty of postmodern Bitcoin art that I just find unappealing and even gross.

But that’s the whole point. I choose what I like and don’t like. I don’t want to get lectured by some Picasso aficionado about why Picassos are actually beautiful when they’re not. Art is art and I shouldn’t need to know or care about the artist, their backstory or their weird sexual fetishes to appreciate it.

Even in art, don’t trust, verify. With your own eyes.