Bitcoin Is Insurance Against A State Gone Rogue Today 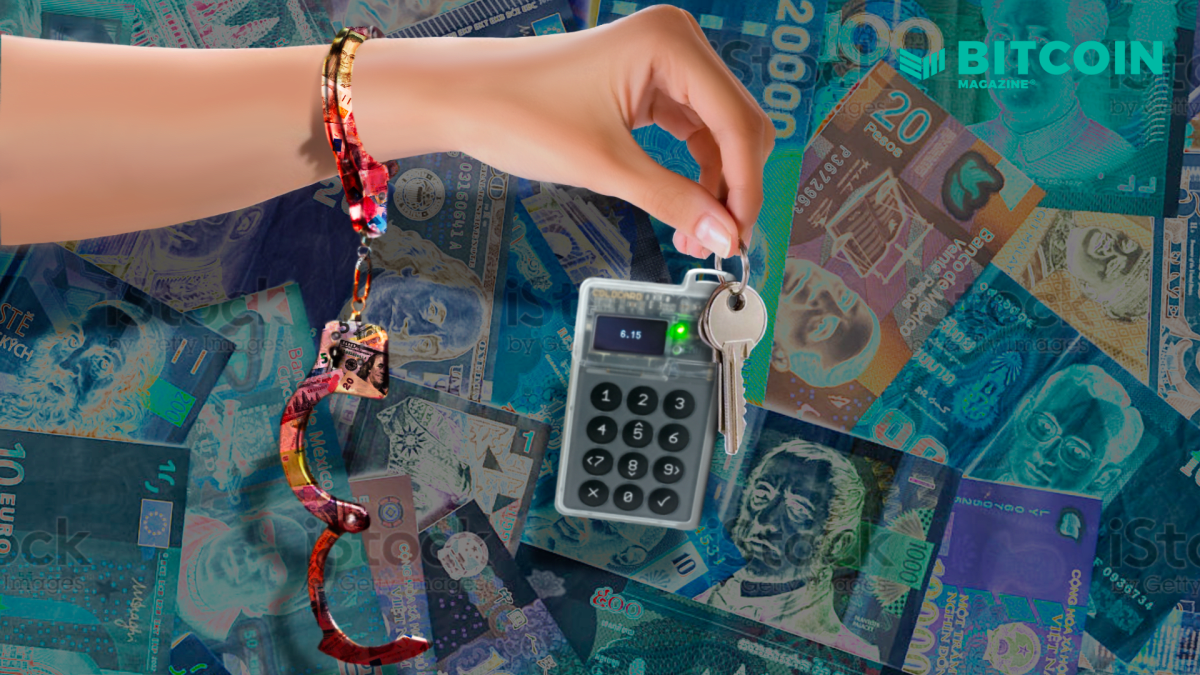 “It would have been nice to get this attention in any other context. WikiLeaks has kicked the hornet’s nest, and the swarm is headed towards us.” — Satoshi Nakamoto

A clash between Bitcoiners and the establishment has been around the corner for a long time. Satoshi’s quote above illustrates a common concern over the inevitable conflict: we all wish for the masses to first learn about Bitcoin as the neutral money that it is, not as a tool that aids potentially controversial causes. The State won’t accept a fair competition between fiat and non-state money (as fiat would inevitably lose), instead it will try to portray Bitcoin and its proponents as the enemies of civil society.

Nobody Expects The Canadian Inquisition

Recent developments in Canada have been instrumental in our understanding of how the conflict between Bitcoiners and the State can proceed. For those not familiar with the situation, I recommend this recent article by Jesse Willms.

In Canada, we have witnessed a non-surprising failure of centralized fundraising platforms, but the bitcoin-based fundraiser also had its shortcomings. Admittedly, nobody expected that the Canadian government would quell a peaceful protest and its supporters with such a heavy-handed approach, so it’s understandable that the organizers weren’t overly paranoid when setting the whole thing up.

Even though the bitcoin-based fundraiser could navigate around the censorship that legacy platforms and payment systems have to conform to, it still encountered severe problems. First, the identities of the organizers are known, so the distribution of the funds to the protesters could now become an offense – sadly this seems to be the case as shown in NobodyCaribou’s tweet below. Second, the fundraiser bitcoin addresses are known and promptly became subject to a government blacklist, so regulated institutions could no longer accept funds from such addresses. This limits the fungibility of the funds even if they find their way to the individual protesters. And third, blockchain analysis could reveal the donors’ addresses, and potentially also their identities if the addresses were linked to a regulated exchange; these donors could then become a target of government harassment in various forms (prosecution, employment problems, frozen accounts, tax audits …).

NobodyCaribou took it upon himself to distribute the raised funds to individual protesters, now he’s being sued by the government.

Self-Custody Is A Necessity, But It Doesn’t End There

The Canadian government has chosen to employ a nasty tactic of weaponizing the financial system against the protestors and their supporters. Bank accounts of truckers and some supporters have been frozen, putting these individuals along with their families in a critical situation. This alarming overreach — in a G7 country, moreover — proves what Bitcoiners have been pointing out for years: that today’s monetary system is far from neutral and can become subject to politically-motivated censorship.

The True Nature Of Fiat And The Banking System

One of the most powerful aspects of Bitcoin is its neutrality: anyone in the world can use it without asking for permission. Bitcoin has thus empowered individuals that would never be granted such permission; individuals like the dissenters in oppressive regimes or Afghani women.

But to fully leverage Bitcoin’s capabilities of censorship resistance, two basic rules need to be adhered to:

1) Self-custody. If you don’t hold your own keys, you don’t own bitcoin. As Kraken’s CEO Jesse Powell recently pointed out, an exchange will always comply with government requests to hand over customer data, along with their funds. The only way to mitigate this risk is to withdraw all coins from any exchanges you may use.

2) Privacy. Bitcoin by itself can be used privately, but when users link their real-world identity to their Bitcoin addresses, they lose that option. Buying bitcoin at exchanges that ask for user IDs leads to privacy loss, as all transactions are trackable via Bitcoin’s public blockchain. So the exchange knows the user’s withdrawal addresses and all the subsequent addresses where the funds are moved to. There are tools like CoinJoin to break these links and regain the lost privacy, but the best option is to never lose the privacy in the first place: learn to buy bitcoin without doxing yourself.

Now the common critique is that since Bitcoin has the capabilities of censorship resistance and privacy, it can also be used for nefarious purposes such as money laundering or terrorist financing. But the curious truth is that only 0.15% of all the digital asset transactions (meaning bitcoin and all the cryptocurrencies combined) have been linked to illicit activities: and most of these are exploits of notoriously buggy Ethereum apps. The inconvenient truth is that terrorists and money launderers stick to dollars, either in cash or through corrupt banks.

Self-custody combined with privacy is crucial not only because of possible government overreach, but also because of the “private sector” criminals. Exchanges with their user data sets are lucrative targets for hackers that use this data to hack into individual accounts, attempt to phish their victims, or even sell the data to more hard-core criminals that may invade Bitcoiners’ homes. If you need some motivation to strengthen your privacy, read through Jameson Lopp’s list of known physical bitcoin attacks.

The Swarm Will Keep On Coming

“The swarm”, as Satoshi described the government’s agents, will always be upon us all the way to the endgame of hyperbitcoinization. It’s tempting to be lulled by Michael Saylor’s fiery sermons or Fidelity’s flattering studies putting bitcoin up on a pedestal. But the well-capitalized, well-connected power movers will always hold their own, no matter what happens to the common men fighting for their livelihoods. The Saylors of the world don’t need self-custody and privacy, but most of us do. We cannot afford frozen accounts, prolonged court battles, and legal costs should the establishment turn against us for exercising our civil rights. Self-custody and privacy are our defense against the arbitrary nature of the state’s crackdowns.

Open-source tools are the ultimate means of defense. Crowdfunding campaigns can be hosted via the BTCPay Server, a powerful self-hosted payments gate. All the funds raised this way can go straight to an open-source hardware wallet such as Trezor, as BTCPay Server provides users with an option to link their hardware wallet. And if the government in the particular region prevents users from buying hardware wallets from the market, they can be assembled from commonly accessible parts. Government may be able to stop the middlemen; they can’t stop millions of independent sovereign individuals using tools only they can control.

Opting out of the legacy fiat structures and taking possession over what is rightfully ours is the ultimate form of protest. Bitcoin is an insurance against a state gone rogue. We should thank the government of Canada for reminding us of the true value of independent money, Bitcoin.

This is a guest post by Josef Tětek. Opinions expressed are entirely their own and do not necessarily reflect those of BTC, Inc. or Bitcoin Magazine.